Warner Brothers takes a dip into the non-gangster market with director William Keighley. He may have seen this as an assignment to get over and done with.  Keightley would work with James Cagney many times and  be in the director’s chair for  co direction credit  in THE ADVENTURES OF ROBIN HOOD (1938).

THE RIGHT TO LIVE (1935) or the original title,  THE SACRED FLAME,  presents a ‘woman’s picture’  with all its tenderhearted  intentions.  The acting of the  ensemble cast, lead on the poster by Josephine Hutchinson and  George Brent, have the film stolen away from them by Colin Clive and  Peggy Wood. 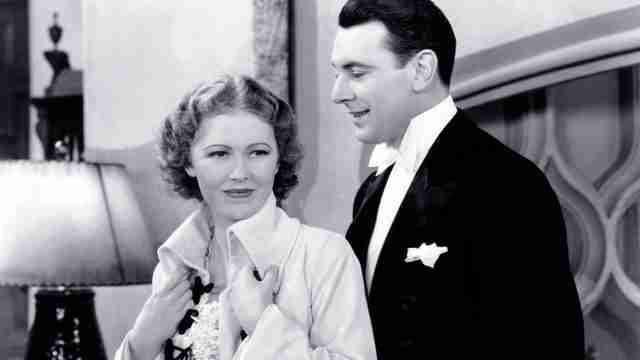 The story moves along quickly as the running time is only a  little over  sixty minutes in North America, cutting a full fifteen minutes from the UK release. Maurice Trent (Clive) is a happy, go lucky, very much in love with Stella Trent  (Hutchinson) fellow. Maurice and  Stella have a lovely country house and share the joy of adventures  to come.    Maurice’s mother  (Henrietta Crosman) comes for a  visit when the unthinkable happens as they are driving to the house.   The horrified family witness the plane crash of Maurice’s  aircraft as he is playfully stunting the road the car is on.    The world has been turned upside down and now Maurice is paralyzed from the waist down and  bedridden. 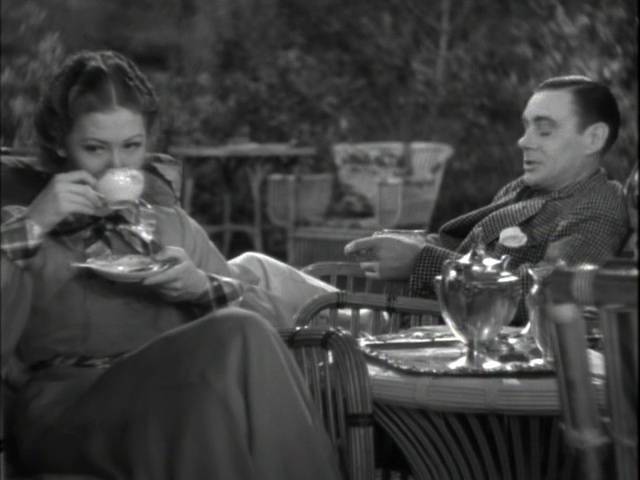 Maurice is remains a happy fellow, still very much missing his wife when she goes away to sleep in a separate bedroom, as  was the norm of the day.    The family hires a full time  caregiver in the person of Nurse Wayland (Peggy Wood) . Maurice seems to think that Stella no longer has ‘color’ in her cheeks as they would dance the night away and go horseback riding.   Maurice sends for his brother Colin (George Brent)  who has a plantation business to visit them and take Stella out more. Maurice will read business books on plantations and advises his brother  of changes to the operation . 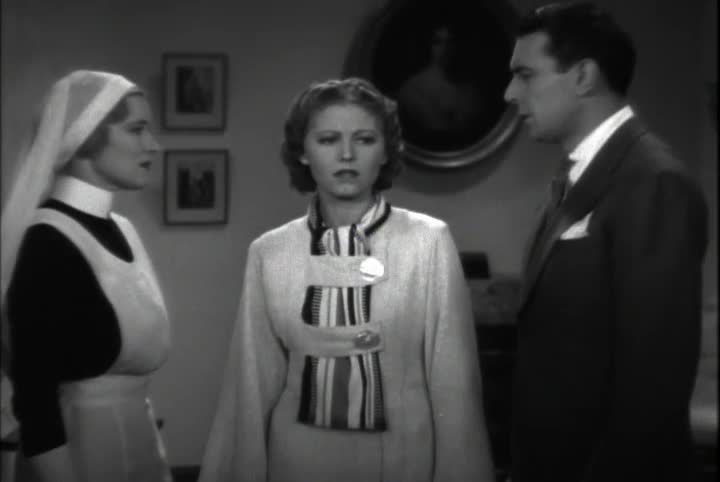 One can understand what happens as Colin and Stella go out more as the days pass.  Maurice doesn’t see it at all and is still jovial while his nother and his nurse do see for very different reasons.  Maurice is  under treatment by Doctor Harvester (Leo G.  Carroll), who confers with with a colleague that they will operate on Maurice in five months time to regain full mobility.  This is a lie and Maurice’s condition’s would not be “cured,”  yet it is decided to tell him this to  bolster his spirits. 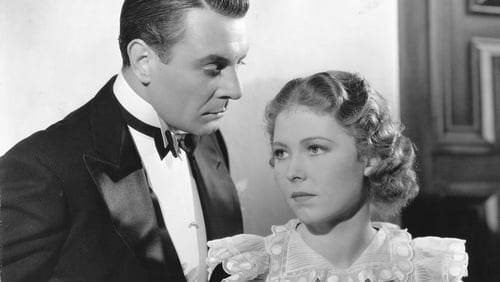 George Brent plays Colin Trent similar to the measured way he played  Jim Gilson in THE PURCHASE  PRICE (1932) with Barbara Stanwyck.  Brent  doesn’t have much to do  except play the honorable brother who finds himself  in a  situation of love he did not expect or want.  Josephine Hutchinson does well  in the role of Stella as  she plays her moments with Clive wearing smiles and offering laughter.  Stella is in love with Maurice but cannot help being drawn to Colin. They are both caught in a rain storm while  horseback riding and the inevitable  happens under the trees.   Stella and  Colin both understand they must not go any further in this tryst and cook up a reason for Colin to head back.  The  moment in the storm is well played with good effects and camera work. 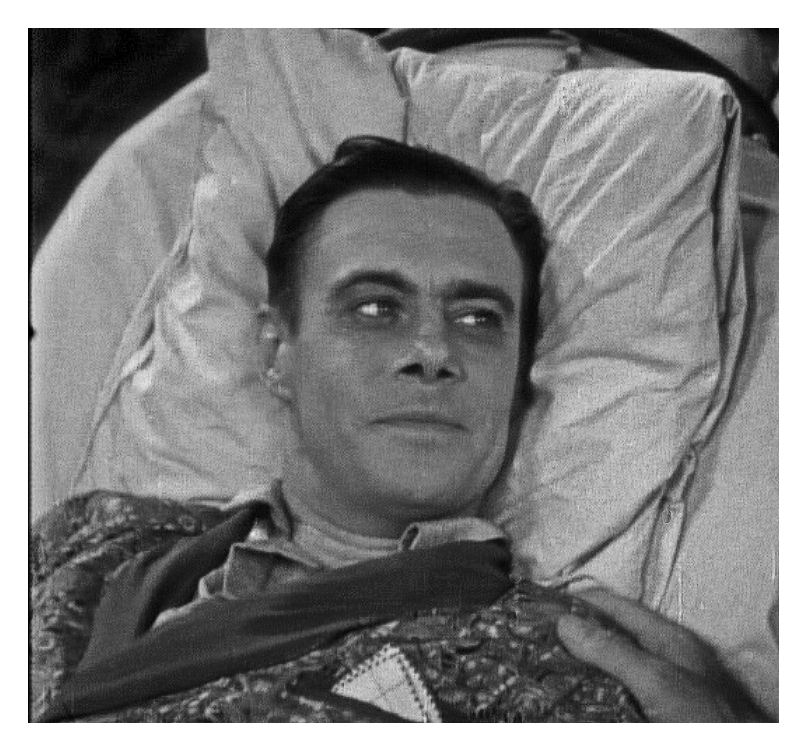 Colin Clive in the role of Maurice Trent steals this film with sensitivity, laughter and a sadness akin (although not as deep) to his  Stanhope in JOURNEYS END (1930). Clive spends most of the picture on his back in a chair or movable bed, using his cane to pull himself  along or  get things.   He always has a smile on his face and a happy tone to his voice that is not far from desperation.  His  scenes with Hutchinson show a real affection that may have  actually gone off screen as well as Clive was thought to be a ‘ladies man.’  The opening moments in the opera house as  Wagner’s Tristan und Isolde unfold are sensitive as  Clive watches a tear roll down Stella’s face. The family  then good naturedly makes fun of her after.  Maurice and Stella’s gaze during the song is magnetic.   Seldom has the public seen this side of Colin Clive, who was  known for playing  tormented people. Maurice is tormented by different forces. 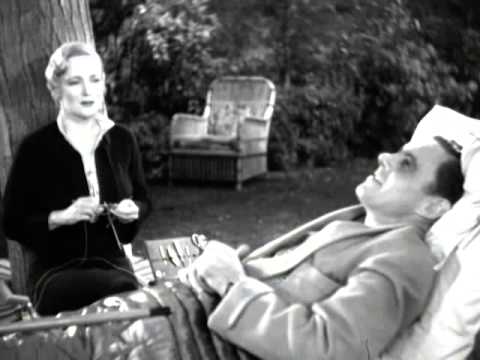 The ending is something  you may think is rather cliche, however, it follows the cavalier Maurice’s character and  reveals  Nurse Wayland even more.   Peggy Wood is  brilliant as  the nurse with a stark,  matter of fact delivery consisting of  a lot of words and  quick movements that suddenly change to something else.  The nurse also sees all the  trouble and black days  that Maurice has while Stella and the family only see the good side. 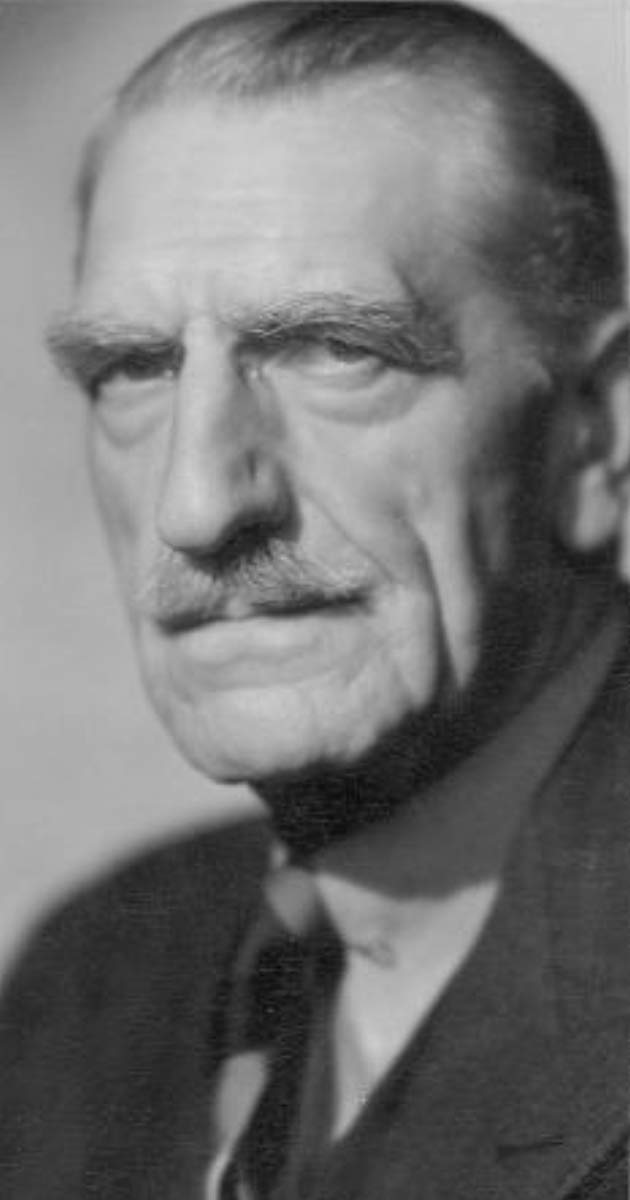 THE RIGHT TO LIVE (1935) has a lovely cast which also has  C. Aubrey Smith playing an  Englishman and the voice of  reason and  decorum.   Colin Clive would go on to make BRIDE OF FRANKENSTEIN (1935) and other roles,  only to pass away due to alcoholism to quell inner demons  of inadequacy in 1937.    Josephine Hutchinson appeared in SON OF  FRANKENSTEIN (1939), that featured a scene with a portrait of Colin Clive as  Henry Frankenstein. 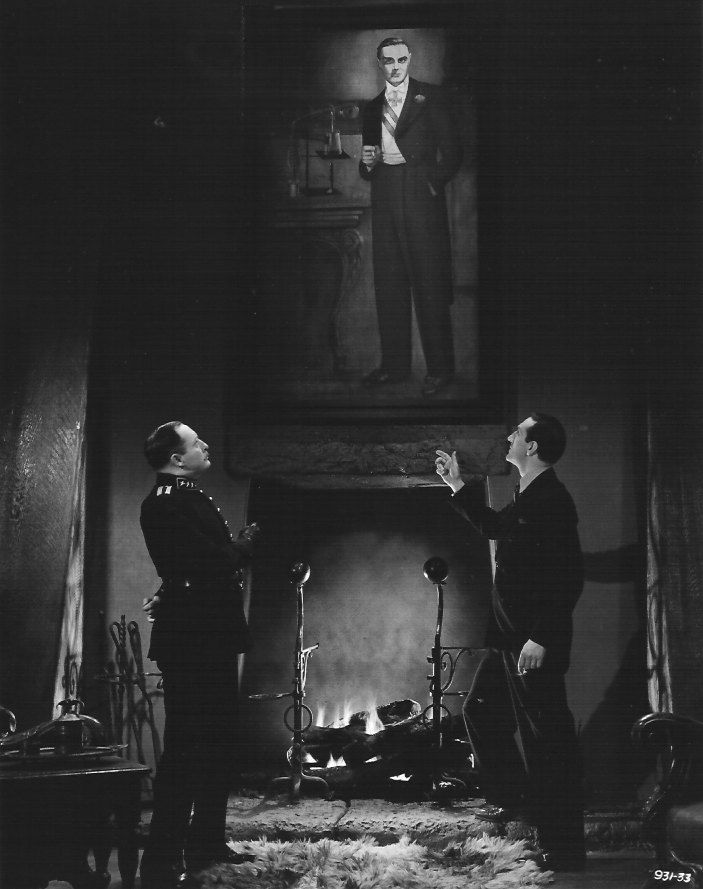 THE RIGHT TO LIVE (1935)  is worth a look to see what an ensemble can do with a story of who really has a  right to live and love.