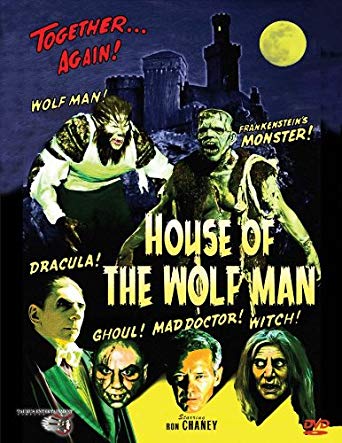 The original UNIVERSAL STUDIOS Monster cycle of  films needs no introduction. They have become part of film folklore from images to  quotes such as ‘He meddled with things Man was meant to leave alone.’ or  “I never drink wine.”  Tributes have been done to death or undeath from THE MUNSTERS  TV series that only ran two seasons and was cancelled at the height of the ‘monster boom” by executives who said that the monsters would never last to the overplayed YOUNG FRANKENSTEIN (1974) which was  ruined for me by the presence of Gene Wilder and his  shrieking during the creation sequence.  That is why when one finds a  picture made with style, love and respect for that period, it is pretty cool to see.   Hence I turn my gaze to  the independent film HOUSE OF THE WOLF MAN  (2009)
Fandom steps in when major studios don’t get it right. The backlash against the Tom Cruise version of THE MUMMY (2017) as an action story is an example of,  “Stop meddling with things man was meant to leave alone.”  Taking its place alongside the other great tributes to Universal Studio Horror is HOUSE OF THE WOLF MAN (2009). 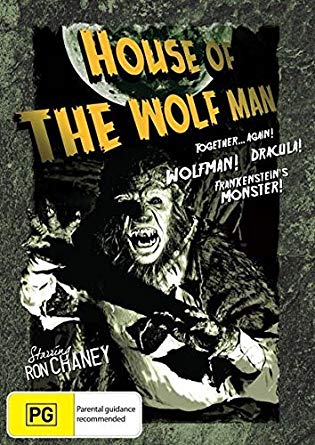 This picture,  which was made by Taurus Entertainment, is presently only available as a DVD release.  From what I have seen it is well worth a look. It is shot in the style of Universal Studios films in glorious black and white with full 1.33  aspect ratio. Director Eben McGarr gave the picture not an antiquated look; instead, to me it looks like scenes from Tim Burton’s brilliant film ED WOOD (1994).
The monsters  and the advertising hearkens back to those ‘monster rallies’ of the late forties by listing  in bold letters that  the monsters  are  “Together Again.” Missing this time around is  the Hunchback. He was replaced by the Witch. The Mad Doctor role is not seeking a cure in the form of  fungus to build bones or blood injections  for Dracula.  The Doctor becomes the Wolfman , who is played by Lon Chaney Jr’s grandson Ron with full histrionics in the role. 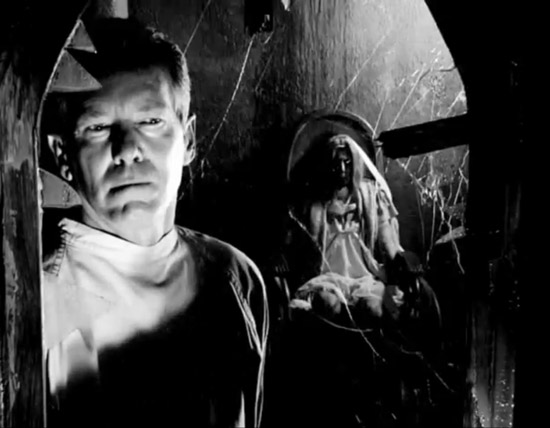 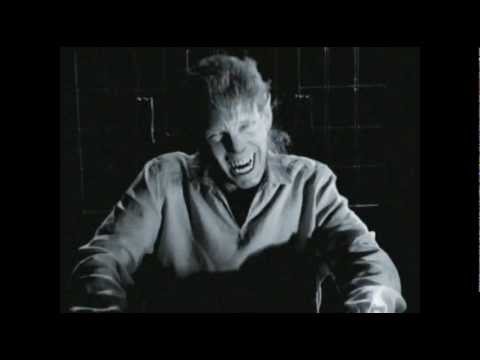 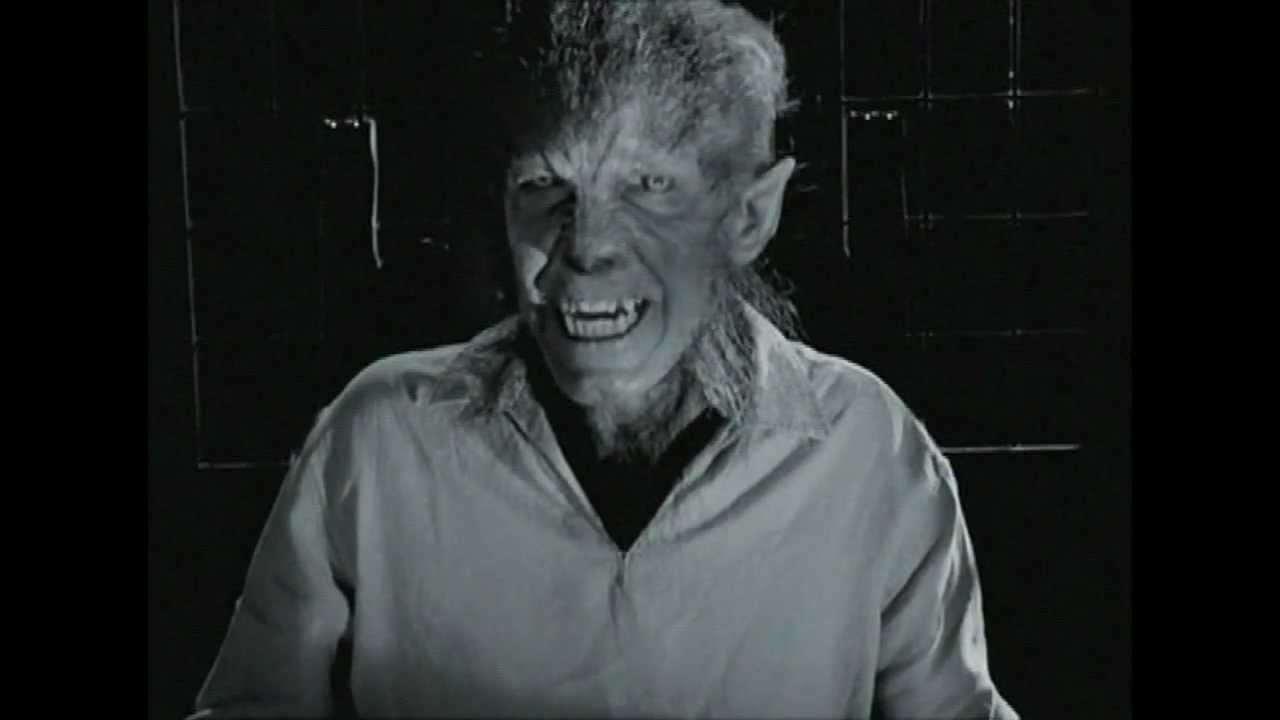 The transformations are lovingly handled with  homage to the Jack Pierce changes.  Ron Chaney literally rips it up on screen with dialogue as vengeful as Lionel Atwill in any of his “mad  genius” roles on any given day.
The story is similar  to THE OLD DARK HOUSE (1932). Five people are invited by Doctor Bela Reinhardt (Ron Chaney) to his home on a dark night to see who will inherit his  estate. Fun and games erupts as the five people are stalked by the Frankenstein Monster, Dracula and a Witch. 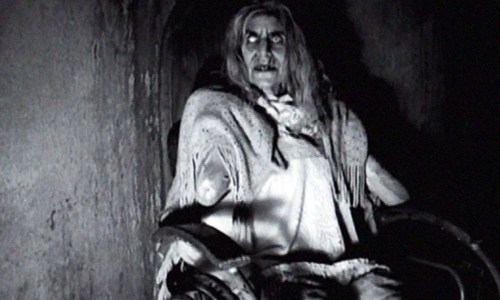 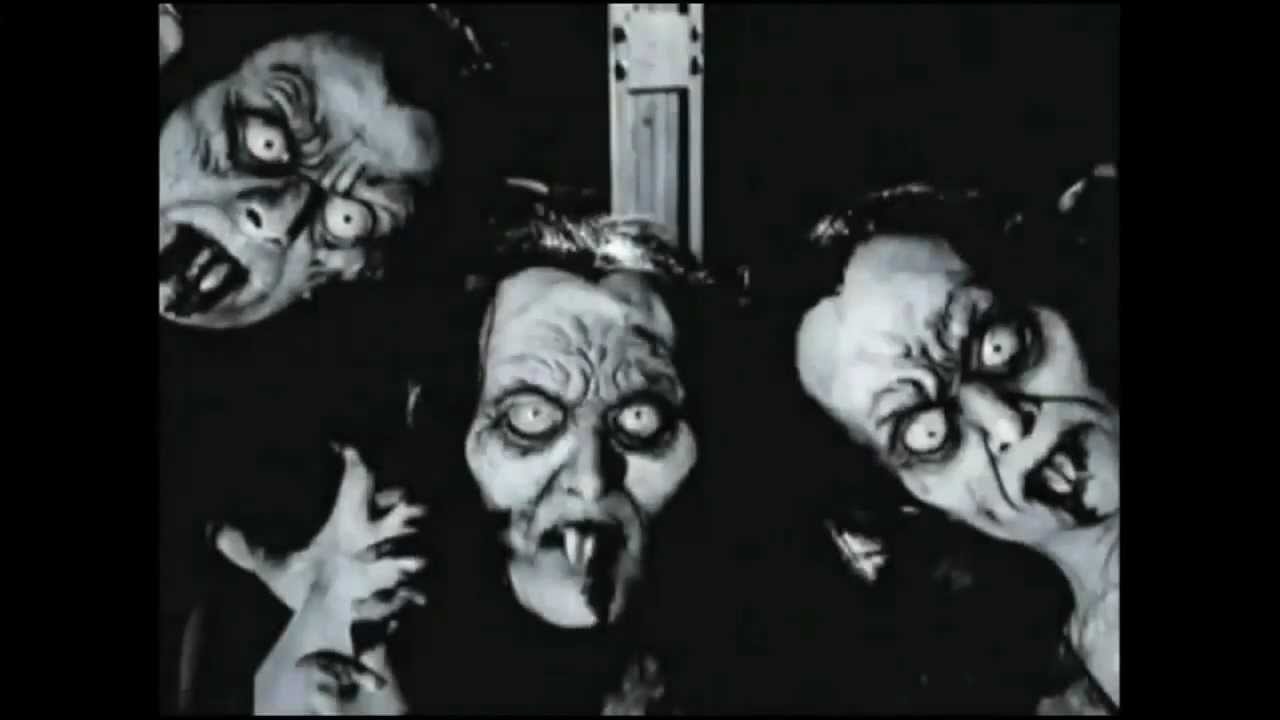 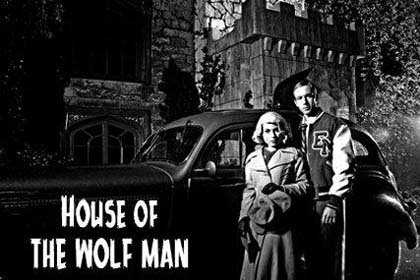 The  general  acting suffers in films such as these: they are not professionals. One can see in some of the group movement that  the director was motioning them to all run this way or that way. 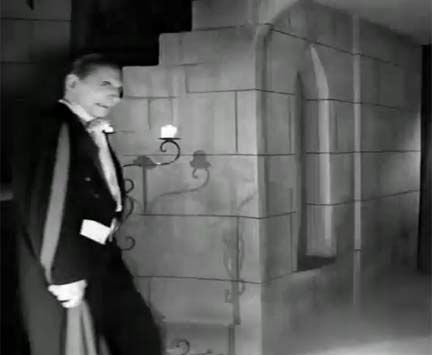 The picture is well paced and cut with Michael R. Thomas looking striking as a Lugosi like vampire that brings to mind ABBOTT AND COSTELLO MEET FRANKENSTEIN (1948), and a twinge (unfortunately) of  Ed Wood’s infamous and still fun PLAN NINE FROM OUTER SPACE (1959). The Wolfman himself is realized on screen by  Billy Bussy. He has the  tortured mannerisms  down, plus the rapid movement of the original. 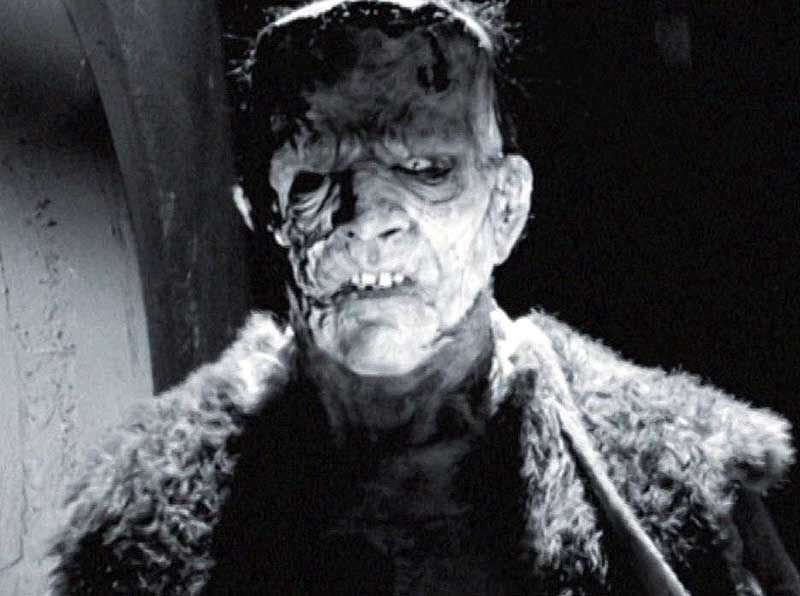 The Frankenstein Monster (Craig Dabbs) looks more like a cross between the Hammer  Studios version and a fire scarred  Boris Karloff  from BRIDE OF FRANKENSTEIN (1935).
Many little nuances add to the  fun of the picture with people dressed in varsity style jackets like college kids of the day.  The  blonde hair is present as tribute to Gloria Stuart from THE OLD  DARK HOUSE (1932).  The diseased  face of  Leo G Carroll’s  character  Prof. Gerald Deemer is from  Universal Pictures TARANTULA (1955) can be found in the doorman’s visage as the door opens, allowing guests to enter. 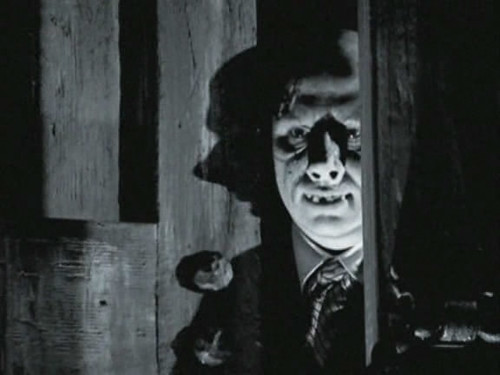 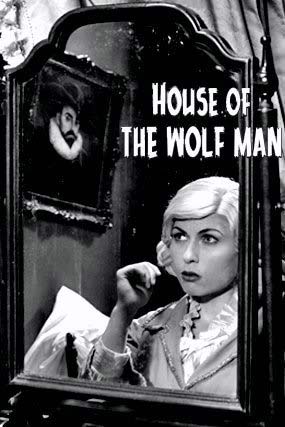 HOUSE OF THE WOLF MAN (2009) is great fun with the  star onscreen and the name of  Ron Chaney.   From the  film’s  trailer to the music by Nate Scott,  it’s clear this is a labor of love. No gore, just plain fun to see the  monsters  doing their bit again after falling out of a  window to the rocks below while facing Abbott AND COSTELLO in 1948. The monsters don’t even have to go down to ROUTE 66  in this one.