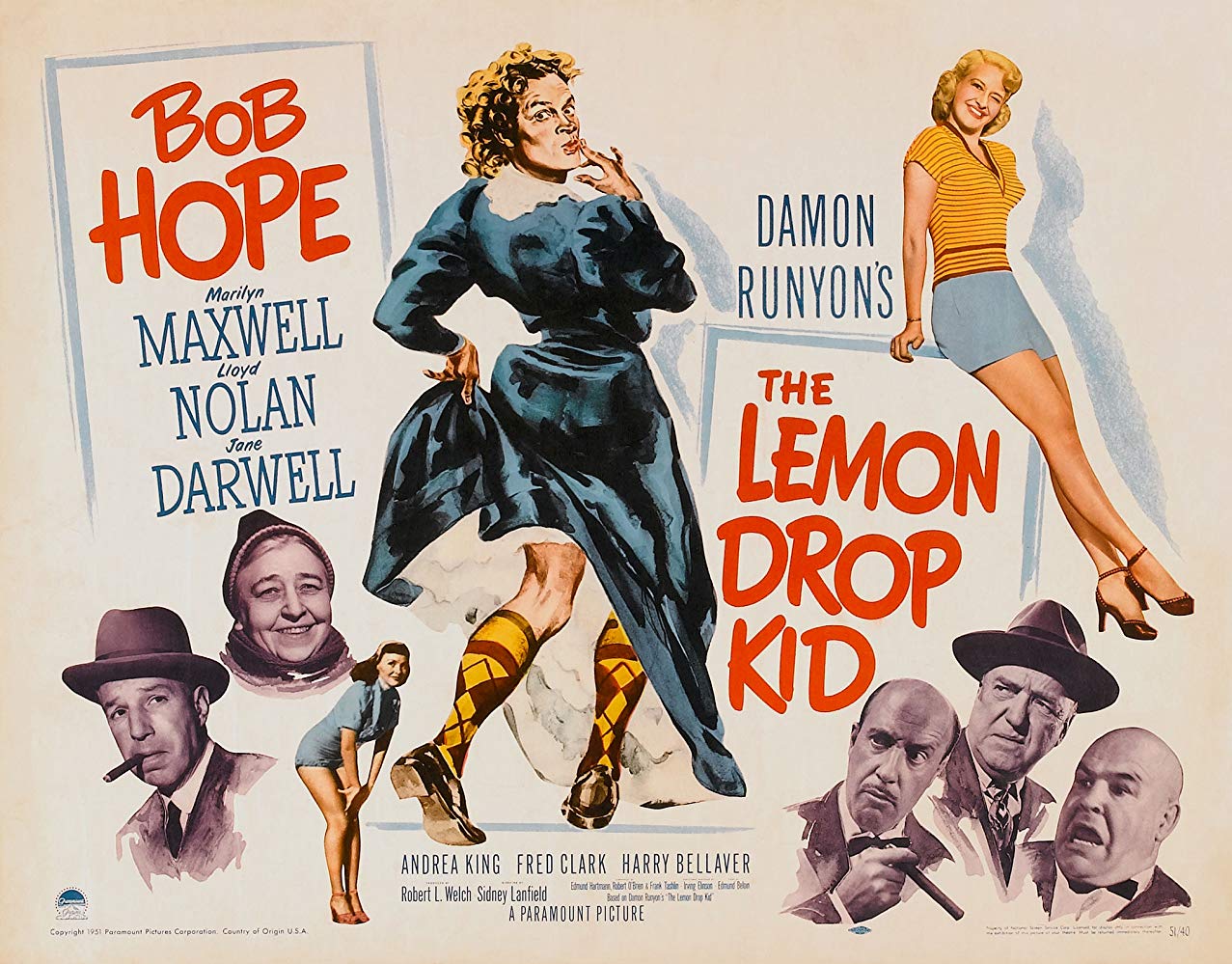 I remember the usual films, THE GRINCH THAT STOLE CHRISTMAS with Boris Karloff; CHARLIE BROWN’S CHRISTMAS with the sad tree that tips over when an ornament is put on it.   The skating sequences from THE BISHOPS’S WIFE with David Niven, Cary Grant and Loretta Young are also part of holiday memories.  I still feel the cold slush on my legs when George Baily (Mr. Jimmy Stewart) is running down Main Street in ITS A WONDERFUL LIFE.  Bing Crosby singing the song “White Christmas” in HOLIDAY INN (1942) always reminds me of the Second World War.   The  picture I find myself futilely searching for each year to be shown is THE LEMON DROP KID (1951)

THE LEMON DROP KID (1951), directed by Edmund Beloin and Frank Taslin is a wonderful, warm piece of underrated holiday fare .  It has Bob Hope and Marilyn Maxwell; both in fine voice and wise cracking best.  The story concerns the Lemon Drop kid, (who gets his name from a fondness for the candy) persuading  gangster moll Brainy Baxter to not bet on a horse that ends up winning ten thousand dollars.  Angry Moose Moran who owns a casino wants it paid in full. 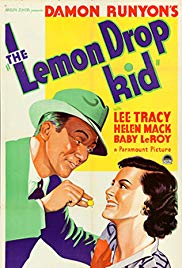 LEMON DROP KID (1951) is a comedy remake of the 1934 film of the same title with Lee Tracy, whom I remember as the brilliant, double talking, fast dealing publicity man from BLONDE BOMBSHELL (1933) with Jean Harlow.   Hope, Maxwell, and Jane Darwell play it all for sentimental laughs as the schemes build to get the $10,000 owed Moose Moran (Fred Clarke).  Lloyd Nolan does a turn and adds some Noir/Gangster presence.     William Frawley- who would go onto fame as Fred Mertze on I LOVE LUCY- makes an appearance as ‘Gloomy Willie,’ also appeared in the 1934 version in a different role.

Holiday sentiment runs high in the sequence when the old street  woman lead Nellie Thursday ( Jane Darwell) are given a place to sleep out of the snow on mattresses on crap tables in Moose Moran’s casino. 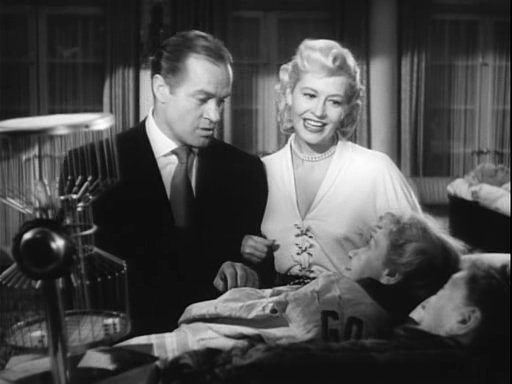 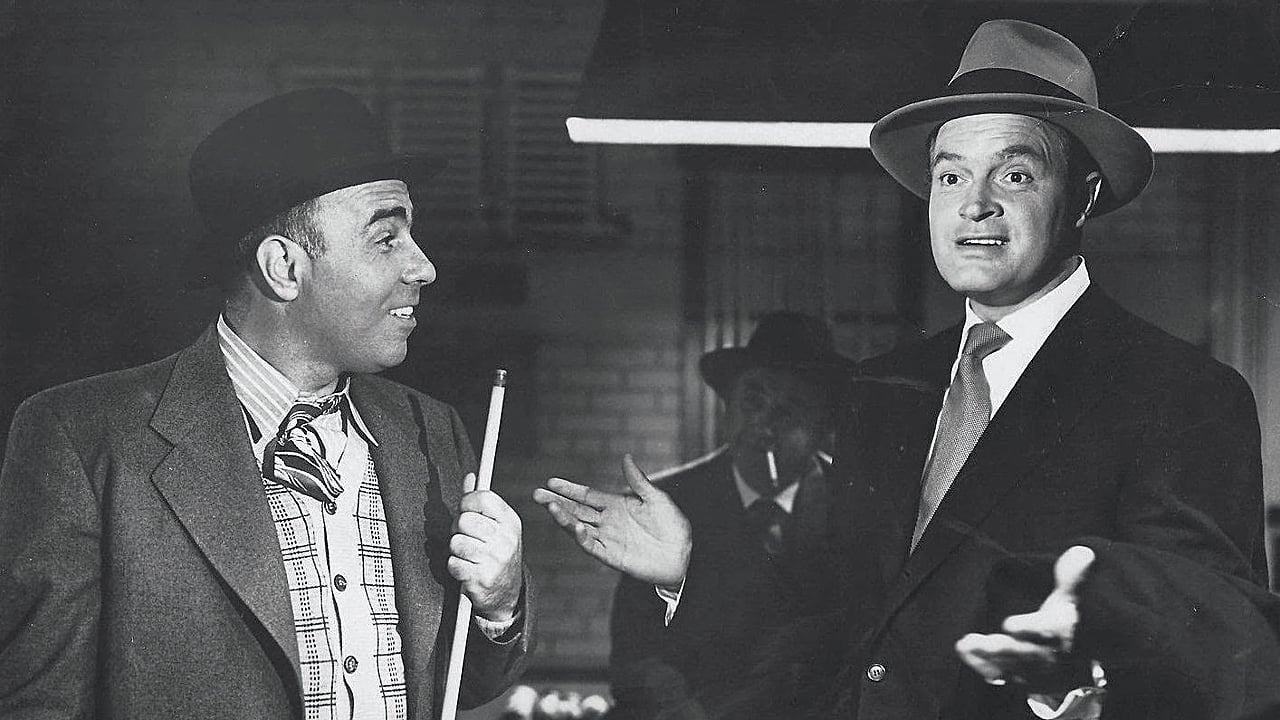 You also get a glimpse of the original Damon Runyon grittier feel of the original story and the first film when we see crusty New York folk walking, joining along with Hope and Maxwell as they introduce the world to the holiday classic song SILVER BELLS. THE LEMON DROP KID (1951) features good songs, snappy dialogue, good writing that shows even the holidays can make a good natured hustler into something warm and friendly.  I remember this film from my childhood which makes it a shame it isn’t shown as often as it should be perhaps that what makes it special. 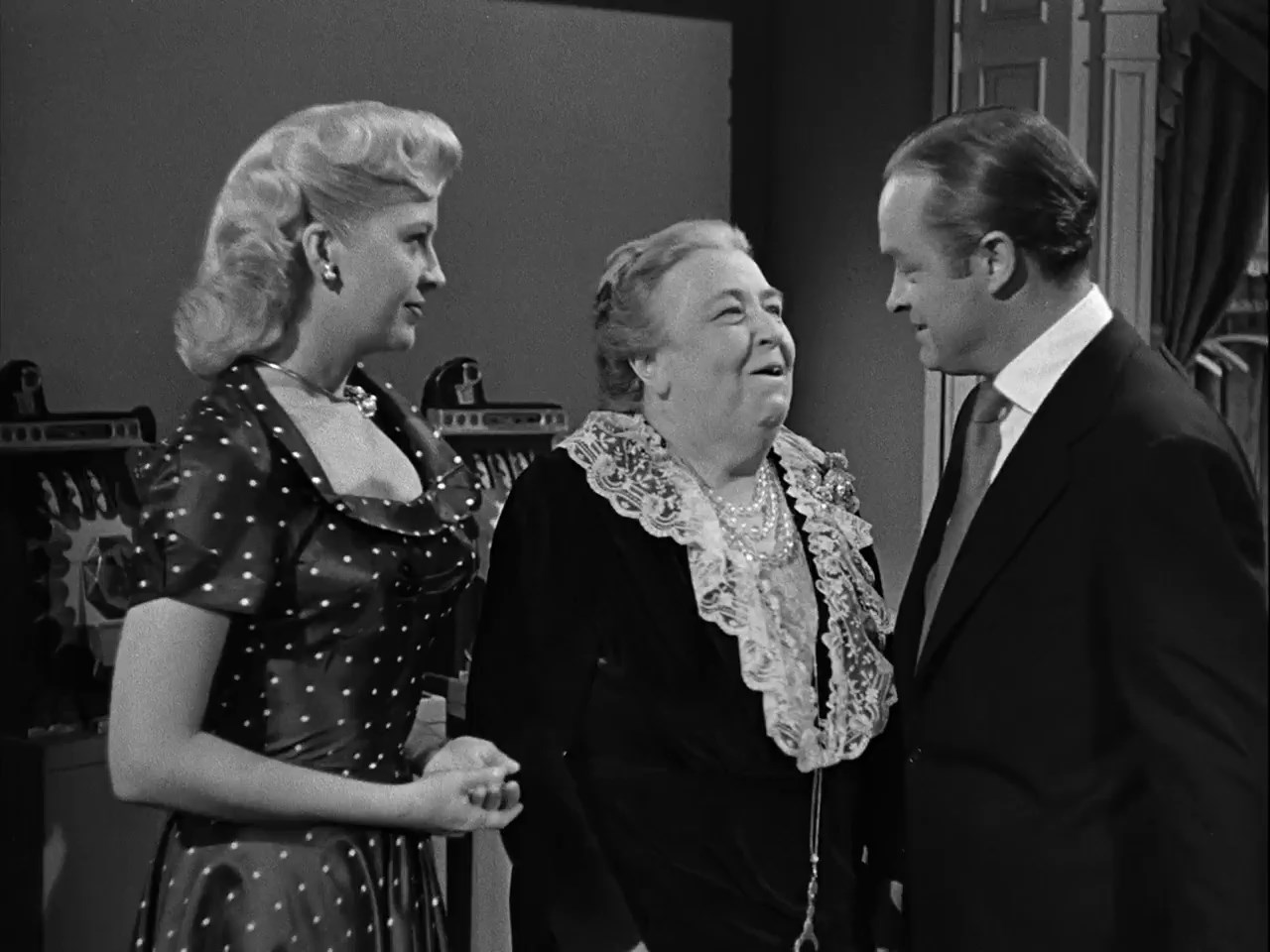