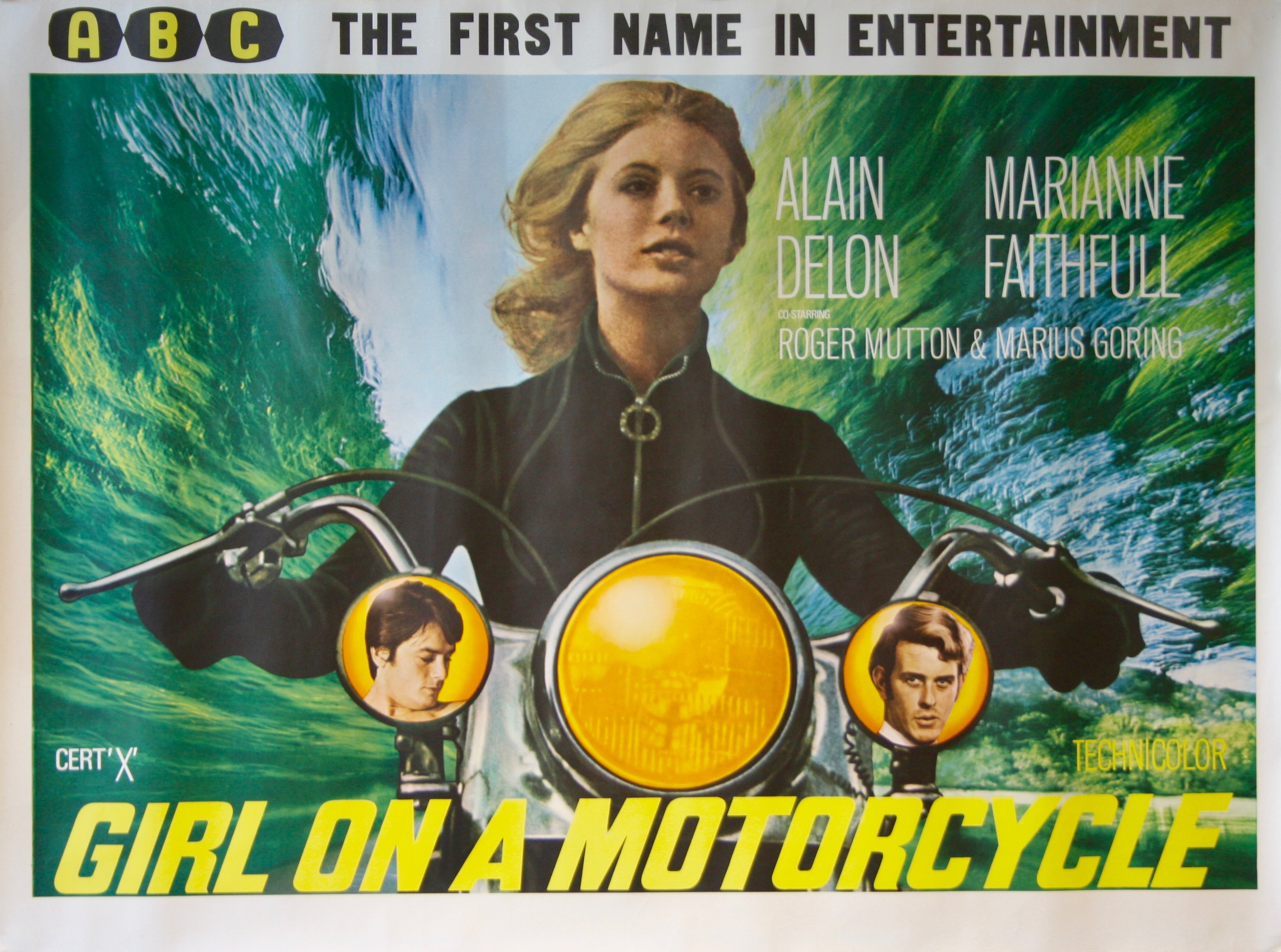 Sixties film making has a particular niche and creators pressed  new subject matter and techniques.   The rise of the ‘biker film,’ thought to be low budget drive in fare for the  teenagers more interested in making sure  the ‘wild oats’ were well stowed away. Many of these films were training grounds for people like writer/ director Jack Nicholson, Bruce Dern,  John Cassavetes, who became a pioneer of  independent film making, plus the wonderful Roger Corman and others.  One of the most interesting of these  is  the neglected film THE GIRL ON A  MOTORCYCLE (1968).

The  arts climate was full of change. Films such as  BLOW UP (1966) with David Hemmings, the off kilter fun of  BARBARELLA (1968) with Jane Fonda (based on a comic strip),  CANDY (1968), MODESTY BLAISE (1966) starring Monica Vitti,  which was also based on a comic strip.  The psychedelic film also had a turn. It  usually involved a  woman and  some sort of  altered  reality.  Lana  Turner  showed up in this genre  with the slightly odd  THE  BIG CUBE(1969). For this, she ingested LSD given to her by George Chakris.  Love and free love were looked at from all angles and in all colors. 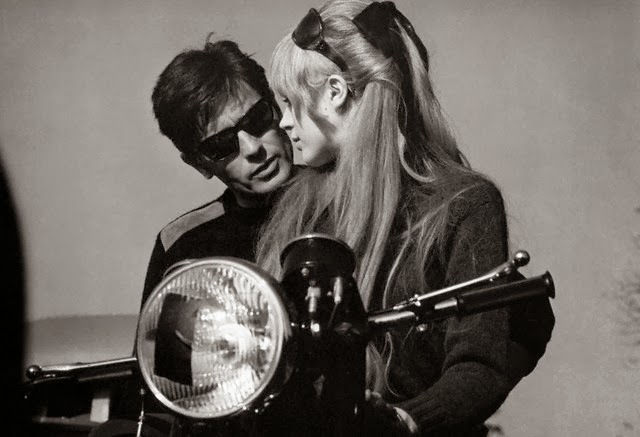 THE GIRL ON A MOTORCYCLE (1968) stars Marianne Faithful as motorcycle rider who is going to see her lover, played by Alain Delon.  Both of these people were at the height of  European cool with Delon appearing as the  hit man with ice in his veins  in Jean Pierre Melville’s classic LE SAMOURAI (1967). 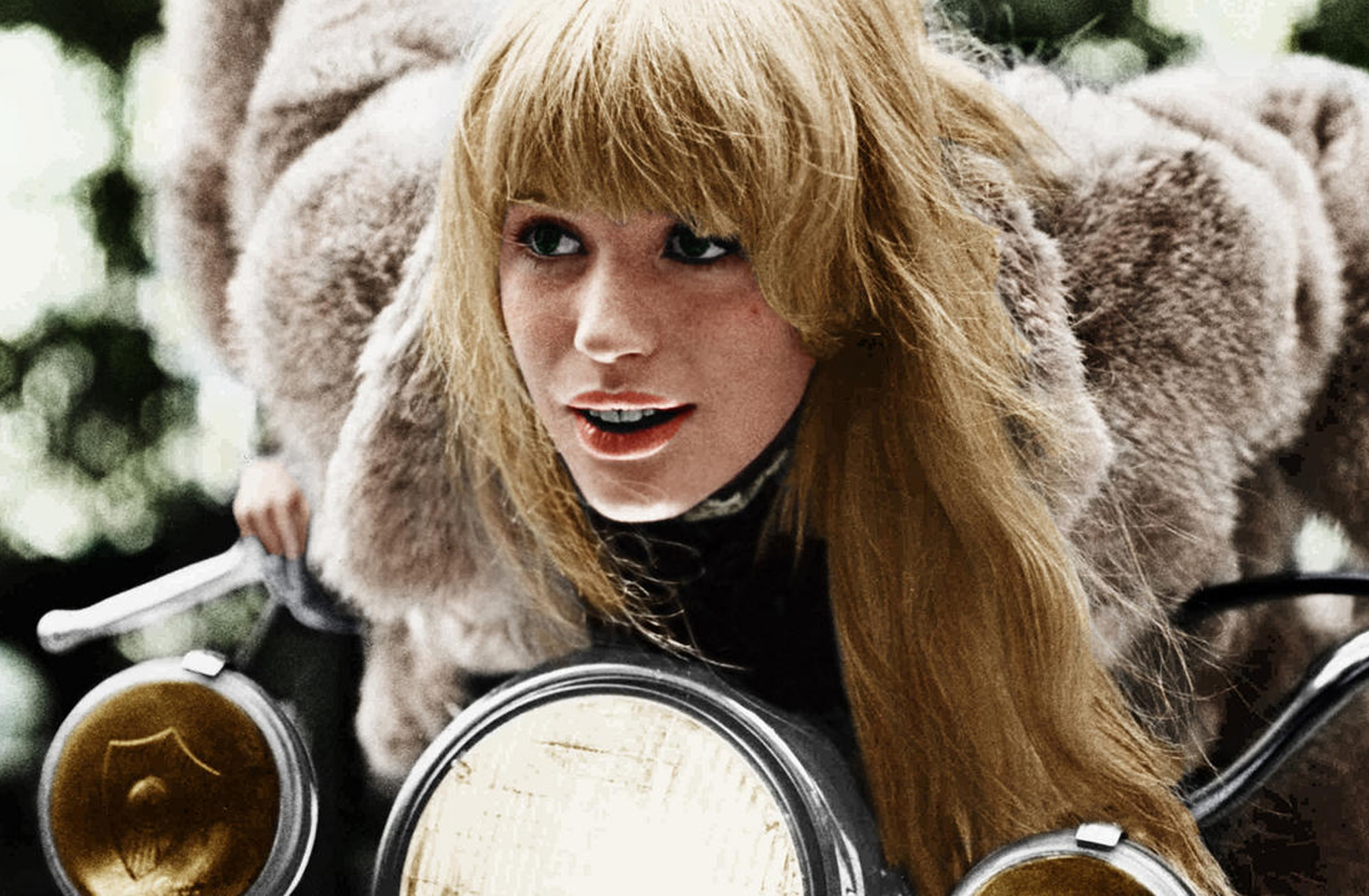 Marianne  Faithfull was a fashion model and connected with the  Rolling Stones and  Mick Jagger in many ways. Faithfull was said to be found only wearing a carpet during the infamous drug bust at Keith Richard’s West Sussex Mansion in 1968. She may have  flashed the  police officers  as  she was  going upstairs, making her an instantly cheeky sensation with the younger set  and  reviled for having no morals by the olders. 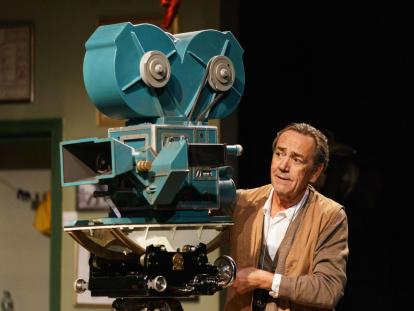 THE  GIRL ON A MOTORCYCLE (1968)  is  directed (oddly enough) by Jack Cardiff, who was extremely accomplished  in creating the ‘Prism.’ Cardiff  was  cinematographer  for such  essential films as  BLACK NARCISSUS (1947) and THE RED SHOES (1948),  plus  PANDORA AND THE FLYING DUTCHMAN (1951)  and  THE AFRICAN QUEEN (1951). The  color palette used and  defusing of colors blending  with the wardrobe colors make this picture wonderful to look at. 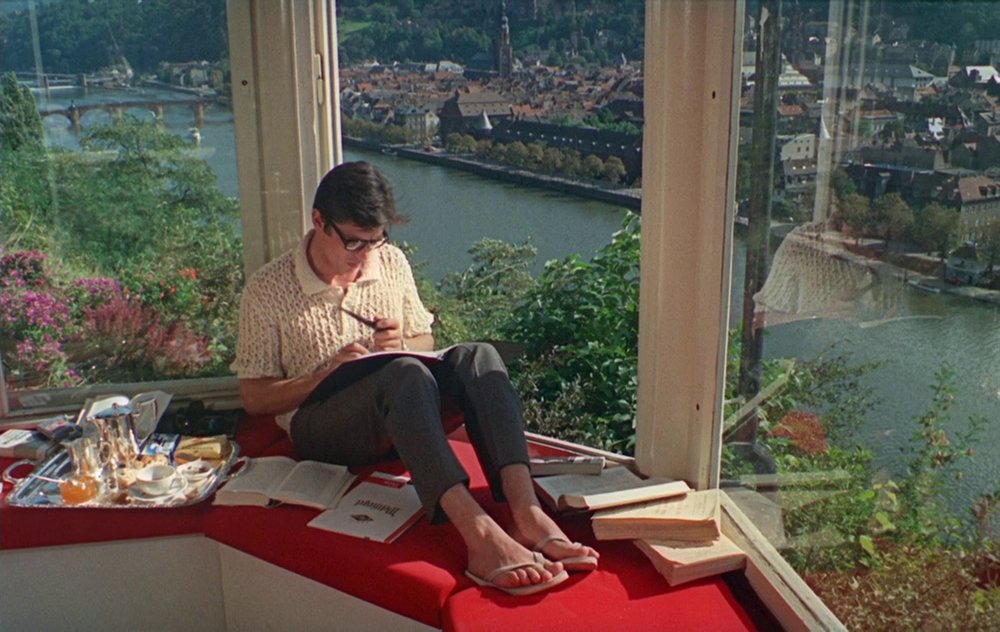 The story is simply shot with Faithfull  having moments on the road as she is  on her way to see  her lover while driving a lovely Harley Davidson Electra Glide bike – a  symbol of freedom.    She  has flashbacks to relationships with the  two men in her life who are radically different. Daniel (Alain Delon) is the intellectual, sensual school teacher  who talks about the philosophy of love. He  questions morals in his lectures, asking his students what they perceive as love, or, simply, lust. Raymond  (Rodger Mutton) is more conformist as they have almost grown up together. In short, the opposite of  Daniel. 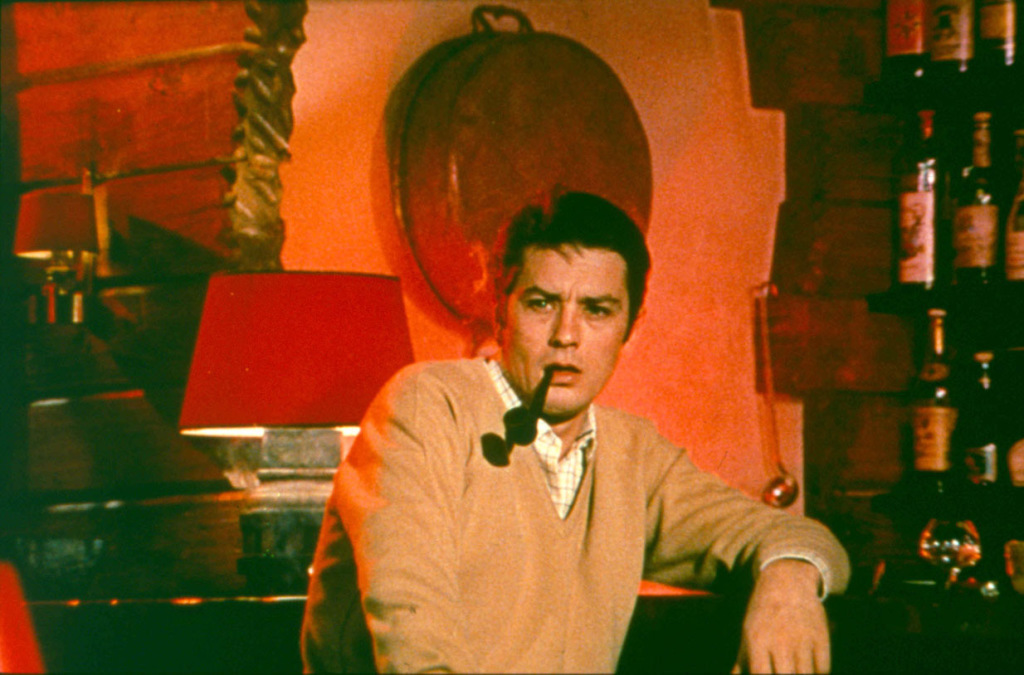 On a ski trip in a flash back sequence, Daniel meets Rebecca (Marianne Faithful), they steal glances and talk, only to have Daniel come to her room that night after Raymond  has politely left.  Daniel and Rebecca spend the night together with all the full blown furore of sixties love making and flashy colors supplied by Jack Cardiff. 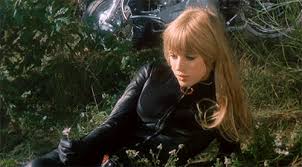 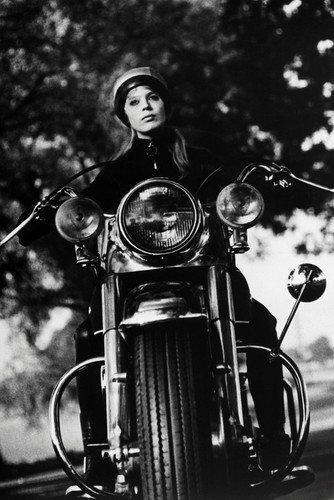 Jack Cardiff’s camera makes the story flow as he works the angles into long, liquid sequences. Faithful’s obvious looks  are highlighted  with closeups of her  face and her one piece leather suit that must have influenced the look of  Emma Peel and Cathy Gale from THE AVENGERS (1968) (Not the  silly Marvel film series).   Rebecca  does put on  the leather  garb at the beginning of the picture, prompting credence for the  American/alternate title of the  film, NAKED UNDER LEATHER and its X rating. 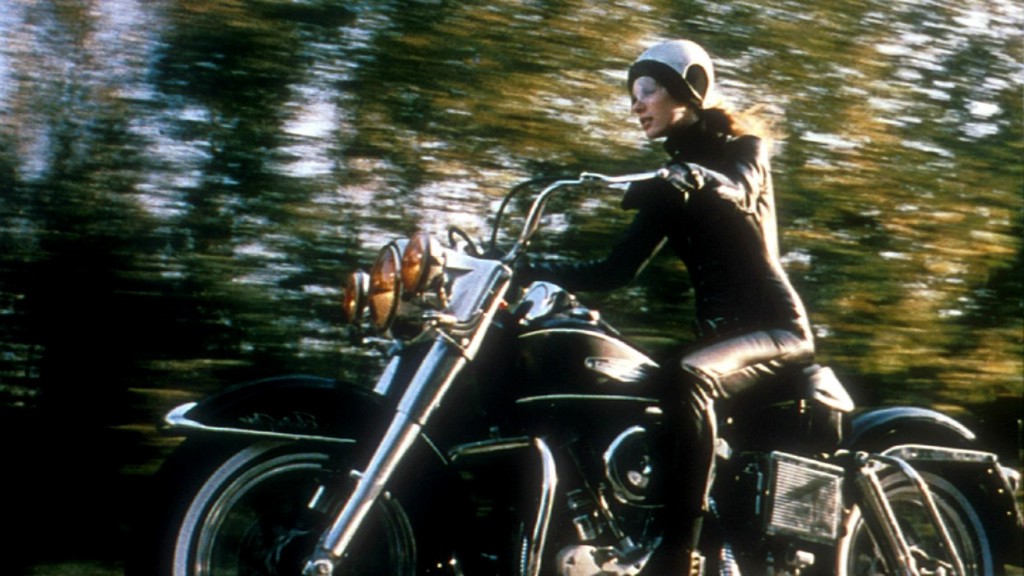 The  effects  are obviously limited as Faithful does look to be on the back of trailer with the camera positioned in front  as  she is  driving.  One gets to many picturesque European locales  such as  France, Germany, Belgium on roads with little traffic that perhaps don’t  exist anymore.  Those days of simply driving up on to one guard at a  gate point, showing your ownership and identity papers and being allowed to drive through are, of course, long gone. This  happens to Rebecca as she  enters  a border crossing  when she flirts with a border guard. 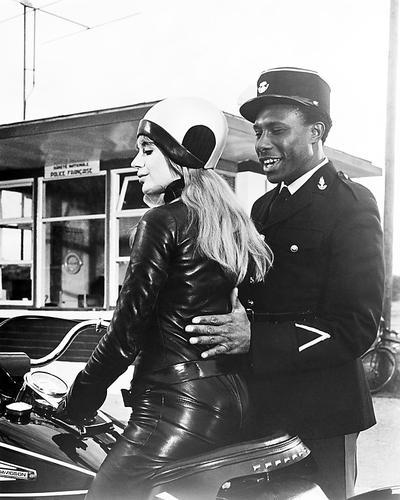 Rebecca experiences many moments on the  journey as she stops into to have a drink, only to be noticed by the local male population.  She dreams of  unzipping her  top and flashing them all before  running away. 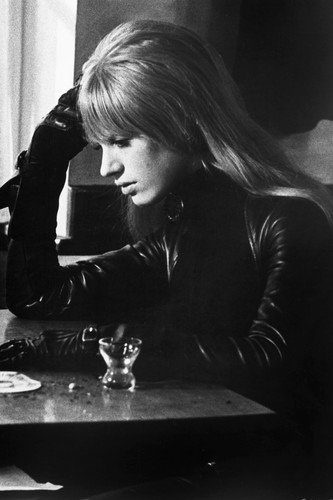 THE  GIRL ON A MOTORCYCLE(1968) is a  wistful film about being free to love and being on the open road.  That freedom  does come at a price, as  will be apparent at the film’s  conclusion.   It is an interesting look at sixties morals as  Rebecca speaks profanity with a smile,  and catches the eyes of people on the sidewalk as she drives through a  town in an act of rebellion. Something a little  different  from the political dramas  and  bloodletting that was the reality of the  Sixties. 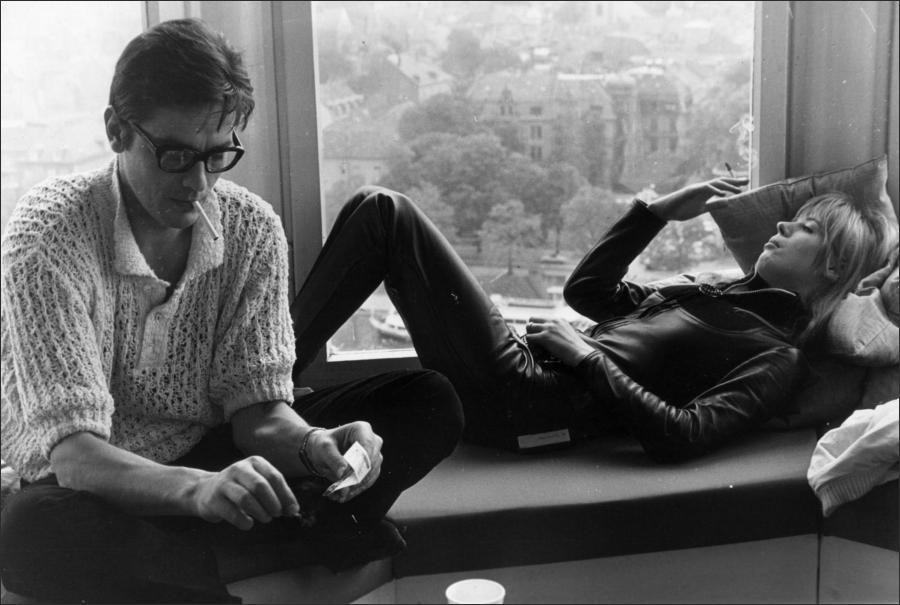