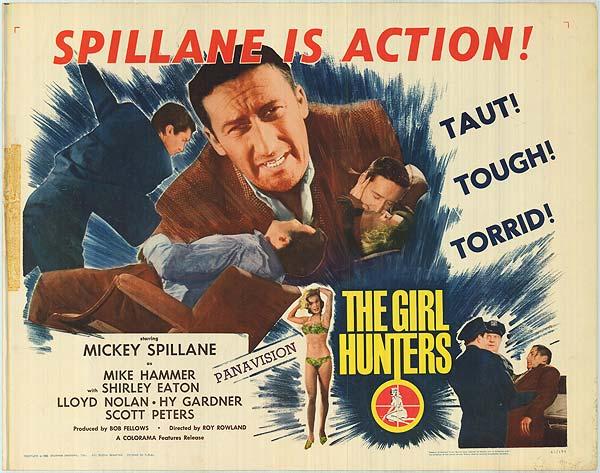 Hard boiled detective stories are lovely fodder for film. The dark streets full of grime, corruption and broken bottles and dreams coupled with spent cartridges.  This is the world of Mickey Spillane’s Mike Hammer at its cliché best with all the trimmings of a blue plate special with poison gravy.   Bit over the top? Yes. Everything that THE GIRL HUNTERS (1963) should have been but wasn’t.

This British production directed by Roy Rowland has its moments.  The best being the street scenes of New York City in 1963 with those that populate the city space. 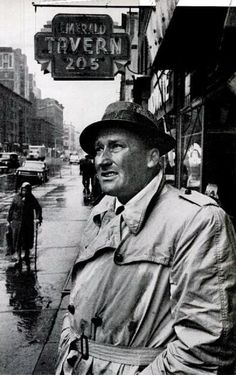 Those moments with Mike Hammer (Mickey Spillane) walking the streets, going into the actual eateries and bars of the story are what makes this film. Similar to other Noir picture shot on the street such as GUN CRAZY (1950), SHIELD FOR MURDER (1953), THE NAKED CITY (1948) and GANGSTER STORY (1959); all benefited by working on the actual streets with camera work commonplace today. 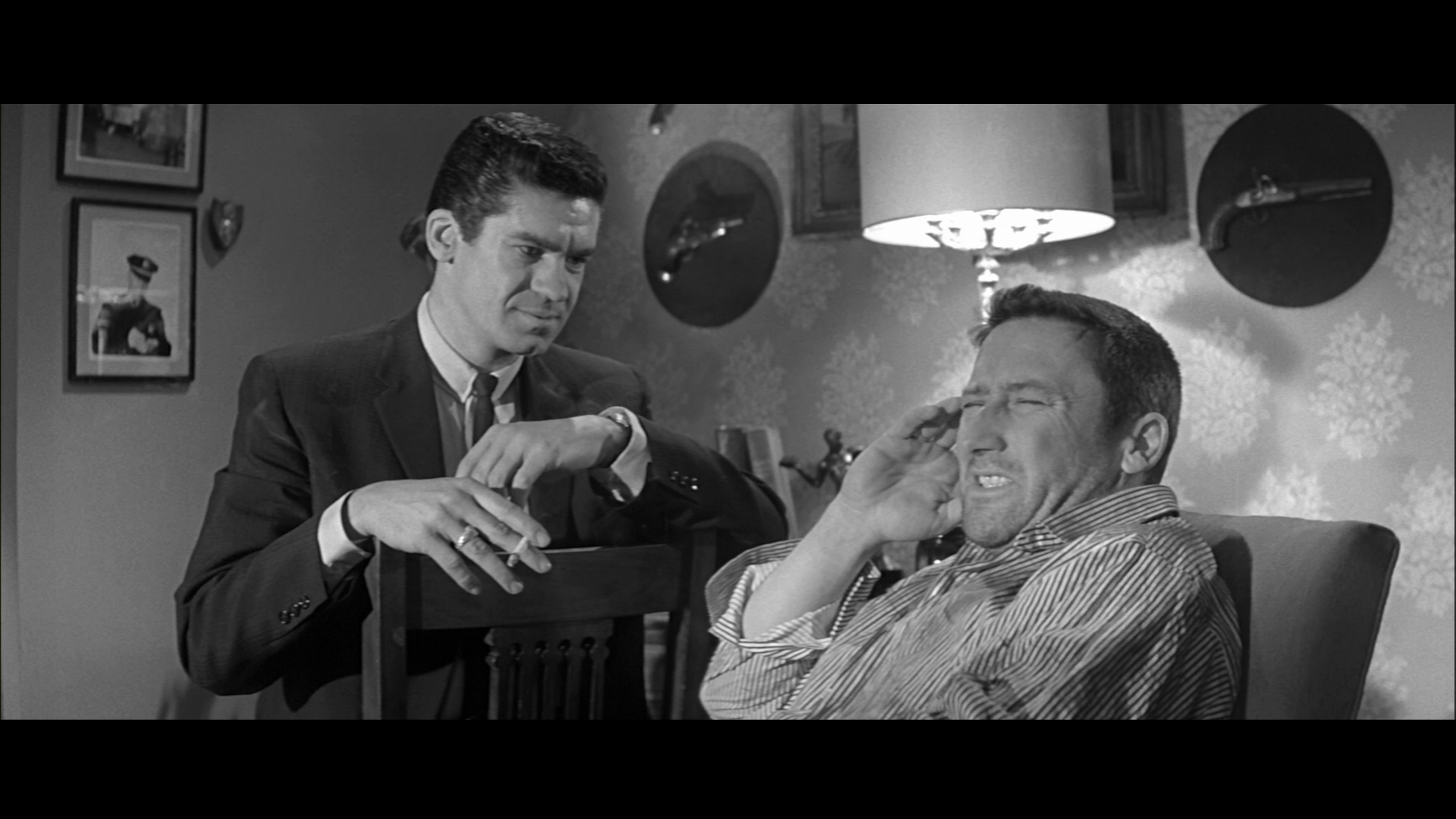 The story is of the hunt for Spillane’s secretary Velma and the many men who loves her. Spillane has been drinking hard and has not worked a case in seven years.  Capt. Pat Chambers, (Scott Peters) asks for his assistance on a job. Capt. Chambers and Hammer were both crazy over with Velma. Their friendship ended as a result. A senator has been murdered and Velma has disappeared. 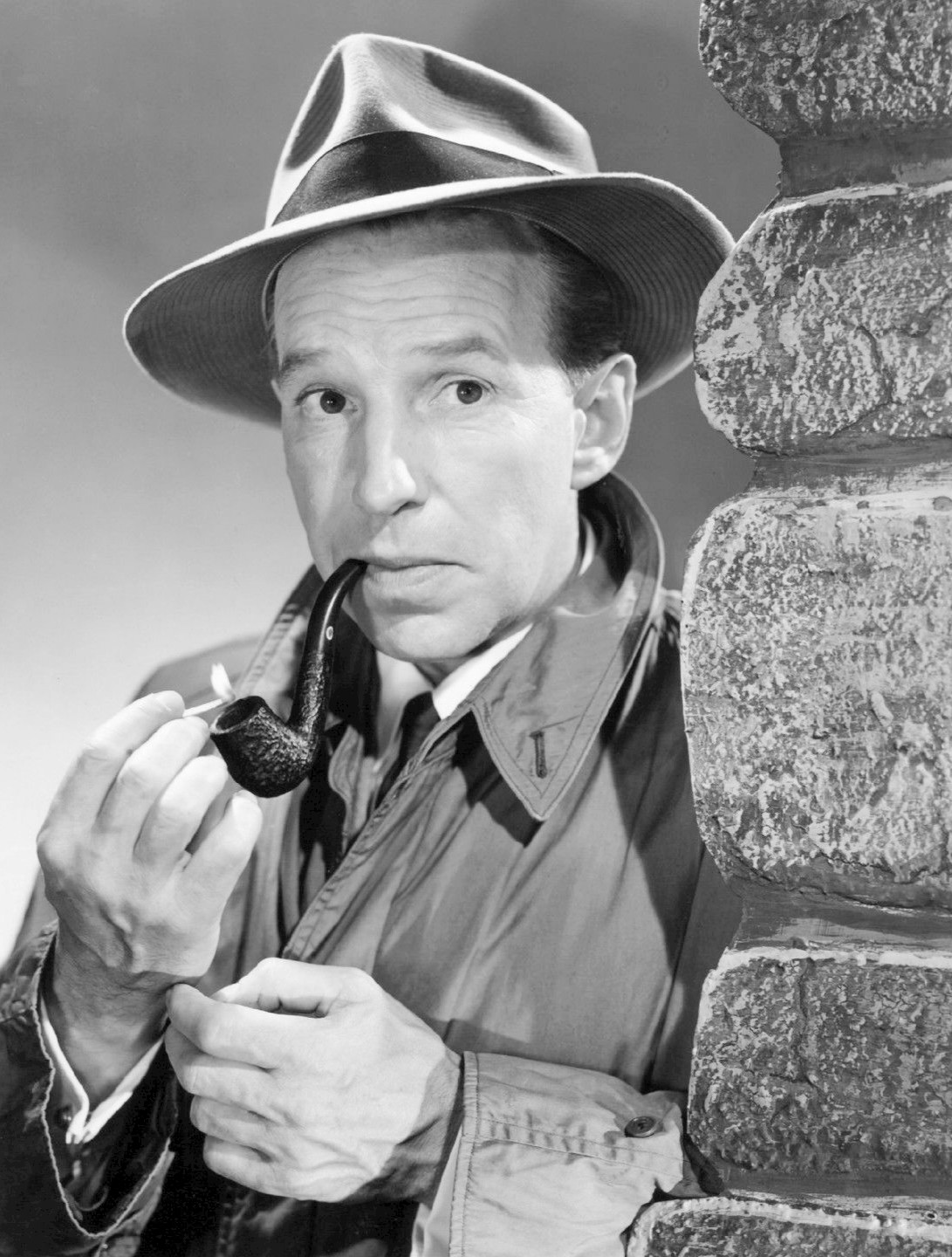 Enter federal agent Art Rickerby (Lloyd Nolan). Hammer is needed to speak to Richie Cole who refused to speak with anyone else.  Not only Richie been shot by the same gun recently used to kill a politician, he is actually an undercover federal agent.

Hammer’ investigations leads him to the Senators widow  Laurie Knapp (Shirley Eaton) and with  complications of the plot, romance and test of loyalty with gun result in Velma not being found or was that the whole point? 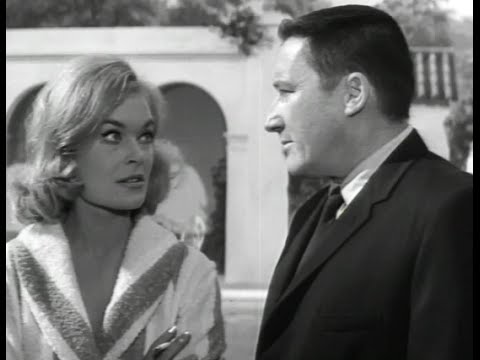 Mickey Spillane is not an actor and it shows in many scenes. He delivers his lines and moves with the same stiffness of a person who is told to do so. Moments in the bar when he scares away a potential troublemaker by getting him to eat a bullet are somewhat laughable.  His romantic clinches with Shirley Eaton are a bit off in that you wonder how someone in her character could be attracted to this fellow.  Where Spillane really falls down is in his scenes with Lloyd Nolan.

Lloyd Nolan was a veteran actor of these roles and delivers his lines with cool, caring concern even while drinking a beer. Nolan is a natural at and is terribly wasted in this picture as his character is only in a few static scenes in offices and bars. 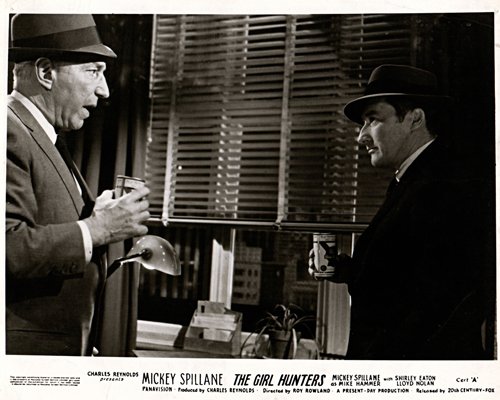 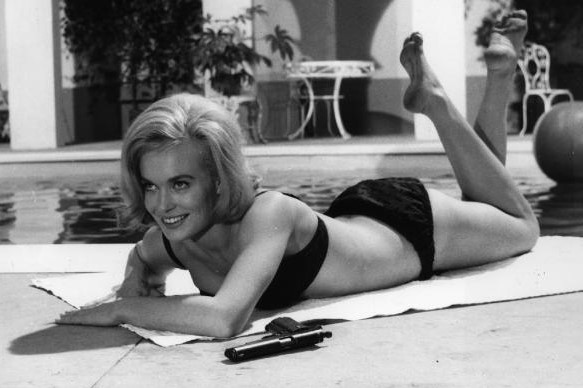 Shirley Eaton was one year away from being painted gold in GOLDFINGER (1964).  She does her best with the wooden Spillane in scenes and shows fire at the end with her shot gun and glare.   The moment her character meets Spillane is almost an audition for the ill-fated Jill Masterton in the James Bond film. 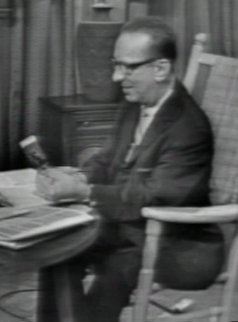 Hy Gardner plays himself as a columnist that helps Hammer.   Mr. Gardner is the best of the non-actors in this as he delivers his mouth full of dialogue. He had radio interviewing experience since the 1950’s and projected a relaxed style.

THE GIRL HUNTERS (1964) has times of grittiness spoiled by non-gritty acting.  Oddly enough, it goes to black and fades up to scene changes almost looking as if it was cut for television commercials or book chapters.  See it as a curiosity for the people trying hard and  the city scenes and a good music track.  Nice promo posters  as  well. 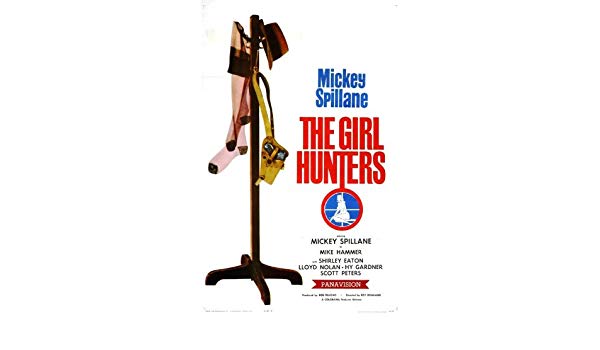