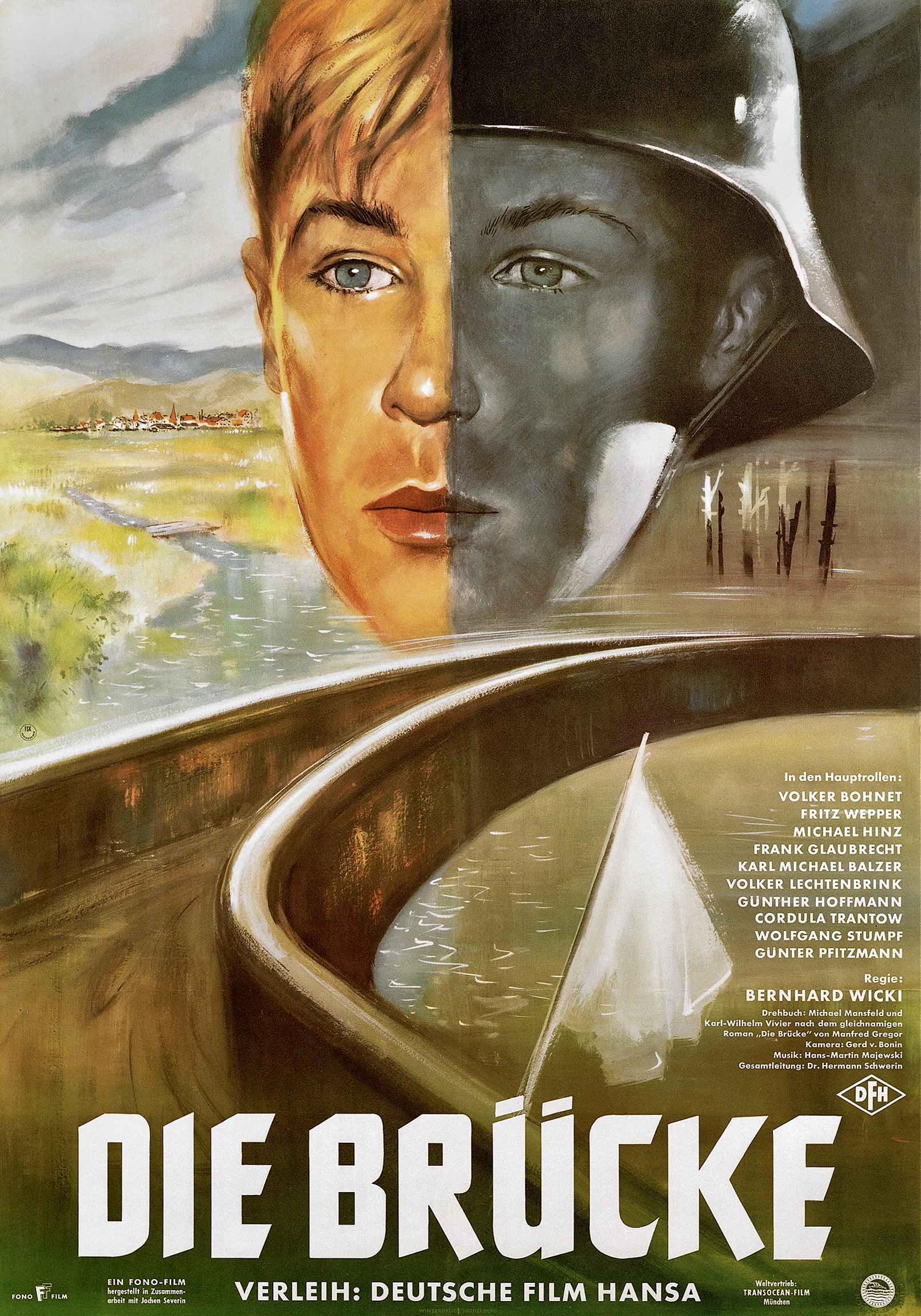 These days do seem like a war, or the closest we may ever get to a similar condition.  One gives up things, can’t do things we normally do as we all know. To some, it seems futile or they don’t understand why we need to do certain things for the greater good. I am struck by the sheer ignorance of things people say now in “defense” of not wearing a mask to fight an enemy we cannot see.  When considering the “last good war,” I was drawn to DIE BRUCKE (The Bridge), a 1959 West German film directed by Austrian filmmaker Bernhard Wicki.

DIE BRUCKE (1959) is based on the 1958 novel of the same name by journalist and writer Gregor Dorfmeister (a pseudonym for Manfred Gregor). 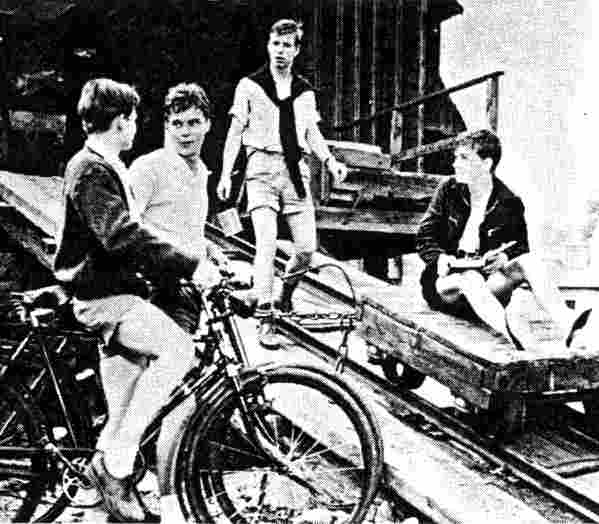 THE BRIDGE (1959) is one of the few films from the former West Germany that squarely faces the theme of Nazi defeat. The setting is an unspecified small town in Germany. Apart from a bomb dropped in the river and conversations about hardship and shortages, the war seems far more than a distant rumble. Bombs are dropped even when just closing off the payload and it’s a large attraction for residents to see a crater.

The picture follows a group of seven 15 year old boys at school and play until the time when the rapidly approaching American front necessitates their call up and hasty military training.  The school days are carefree with a conscientious teacher that teaches them languages and helps them build a boat together. He is visibly shaken when they boys all receive their draft notices towards what they think is a great adventure. 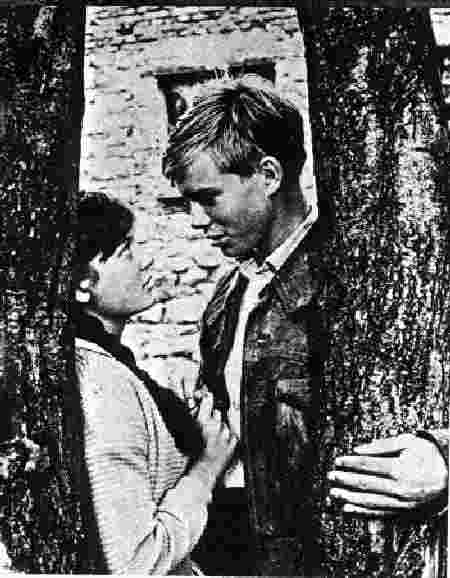 The parents of each of them try to understand why and in some cases want to send them away to relatives. One boy is in hopelessly in love with the girl who works in the family Hairdressing below his home only to find her involved with his father. This sets off a touchstone argument on the last night, with him claiming he is happy that he is leaving so it will just be them.  The ‘party’ is not referred to by name but one boy’s father is the Party leader of the town who wants to rush his wife to safety without a proper goodbye from all. 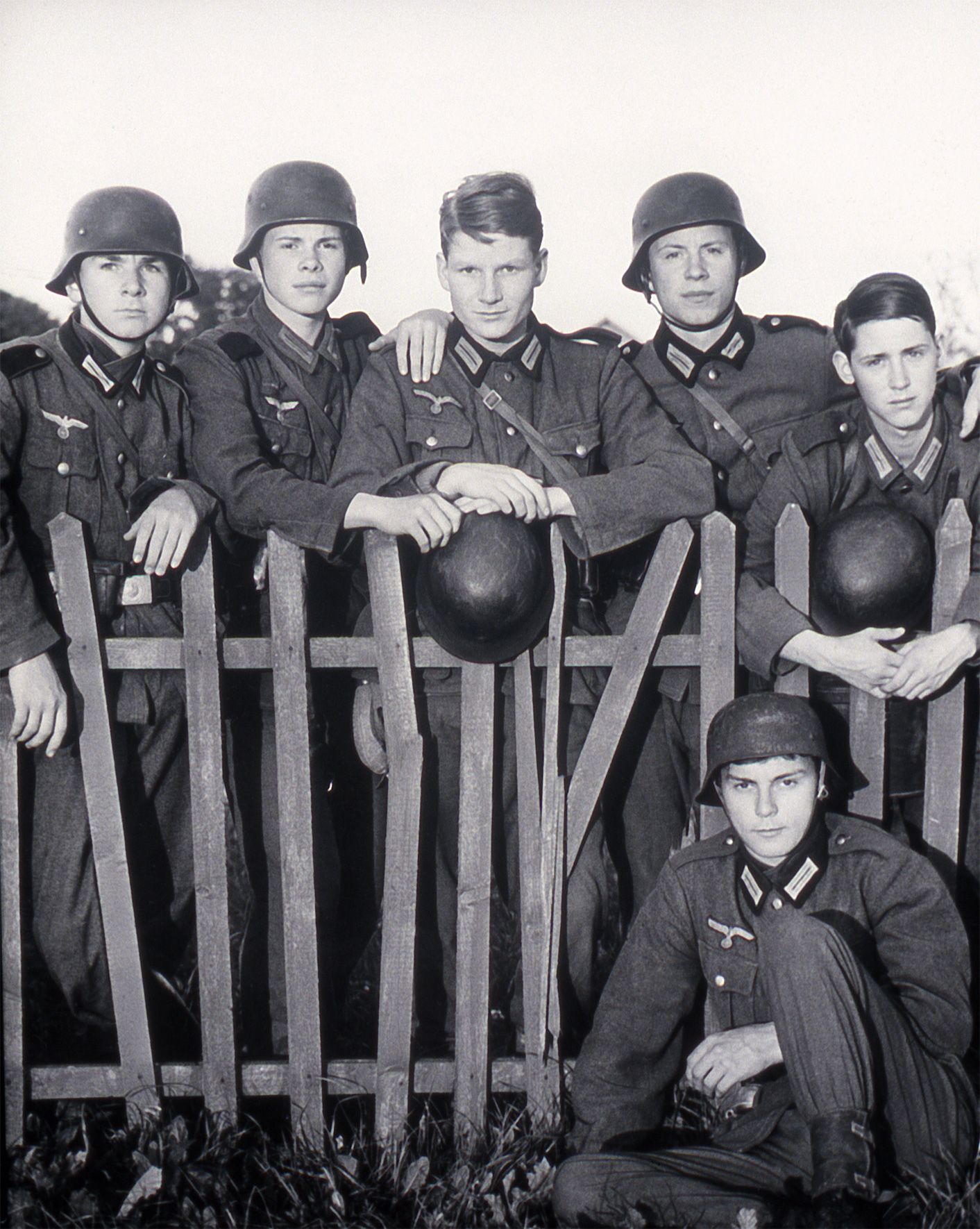 The boys train together as a squad, often helping each other though difficult circumstances.  Various personalities come out, such as the officer candidate whose family have been officers, the fanatic who protects the Fatherland, the lover of life and women. They are assigned as a special favor for their teacher to the command of a veteran soldier who understands their plight.   This changes when the American front approaches the village and the boys are deployed for actual combat. As the military front creeps ever closer they are given the role of defending a bridge over a river, the wisdom of which is seriously questioned by several of their superior officers as it is to be blown up by the  a demolition squad after the fleeing Army has crossed . 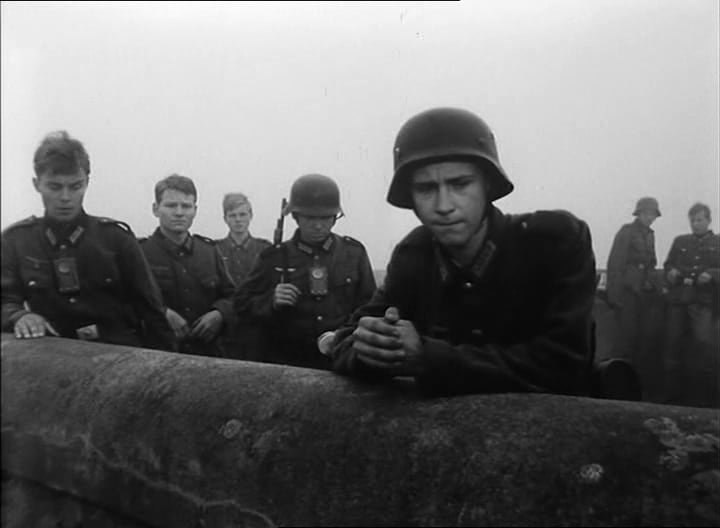 The boys eagerly take on the challenge in the spirit of boyhood heroism, even using their old treehouse as a lookout, combined with what one can well imagine to be the ideology instilled into them by past experience of the Hitler Youth. Their pride in this situation shines through. 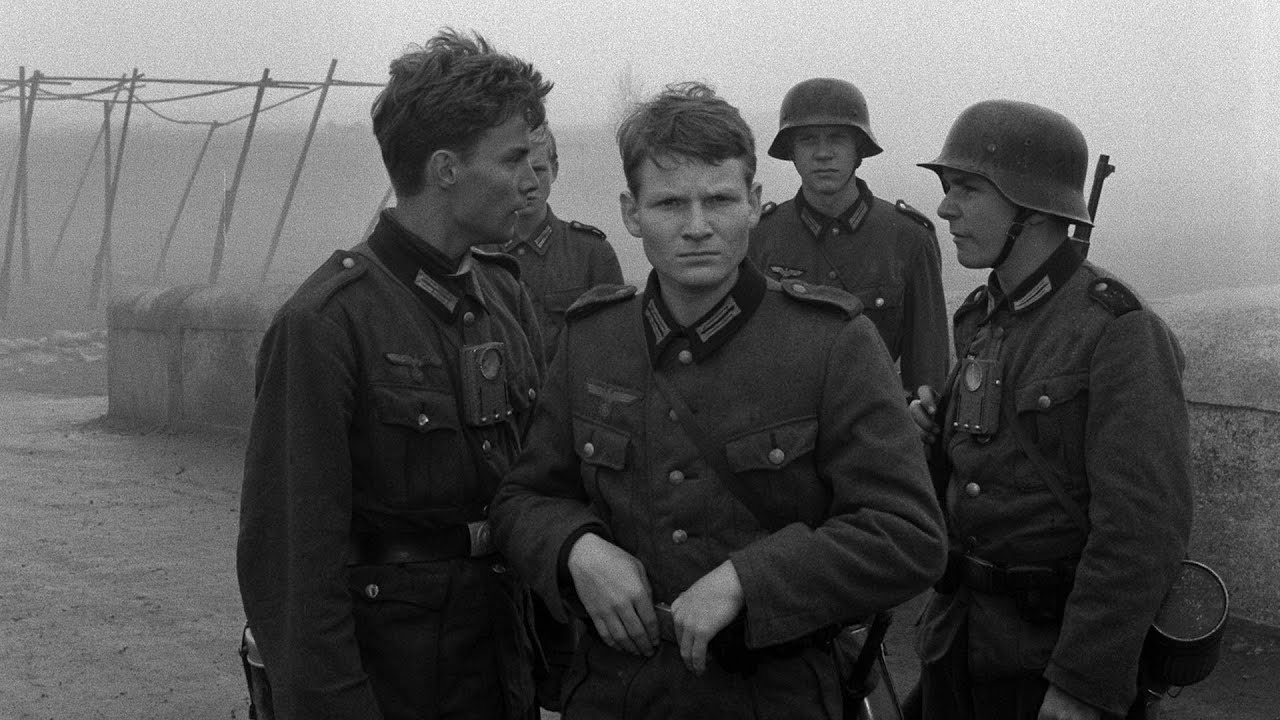 The terrible last half hour in which their baptism by fire is recorded in graphic detail through the stages of excitement, terror and death -even for today’s filmgoers – is a tour de force.  No dramatic explosions here or Christ- like poses struck by soldiers.  The boys are called idiots for doing their duty. 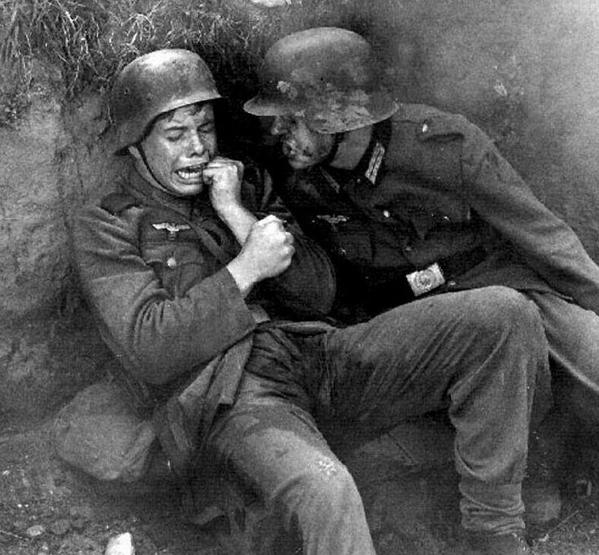 The question raised by this film and films like it is, “Are they a setup for sympathy?”  One gets to meet people and see them train, then follow them into a situation of combat.  I suggest no in this case since this is a German film by a then West German filmmaker telling their own story as only they can. You could also argue it has been done before in ALL QUIET ON THE WESTERN FRONT (1930) and again in 1979, yet this is a story of the Second World War where conditions were very different and made at a time when those ideas were recently in play.

DIE BRUCKE (The Bridge) (1959) has been criticized as suffering from poor direction and lack of acting. I disagree.  The black and white cinematography is most effective at night with the fog and the shadows. It serves to emphasize the interior of the buildings used, particularly the homes, which are sparsely furnished. These are not rich people but working class folks in a small village.  Refreshing to note that there are not stereotypical characters in this village: you won’t see the portly brewmeister or the giggly milkmaid.

DIE BRUCKE (1959) won four awards at the German Film Awards in 1960, and was given a special award in 1989 for the “40th Anniversary of the Federal Republic of Germany”. Numerous other awards followed in the wake including being nominated for an Academy Award for best foreign picture which it lost. The film was only released on DVD in Germany in 1999 in German only editions including as Special Edition in 2007.  The UK released English subtitled version in 2009 along with a Criterion version in 2015.  It was the subject of a remake in for German Television in 2008 that was not well received as it was thought the intensity was not the same as the original. 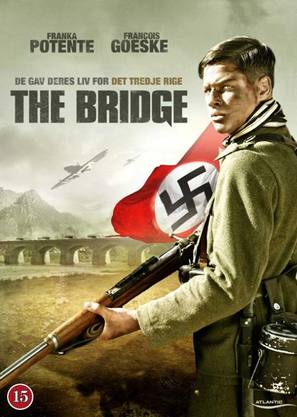 Some individual moments in the picture stand out such as a moment when an Army Veteran that is being evacuated on a truck , looks cynically at the boys in their uniforms and tossed them a chocolate bar remarking how its “Kindergarten”.   The moment when an American soldier screams to them during a savage battle that ‘The war is lost’ and they should ‘Just go home’. 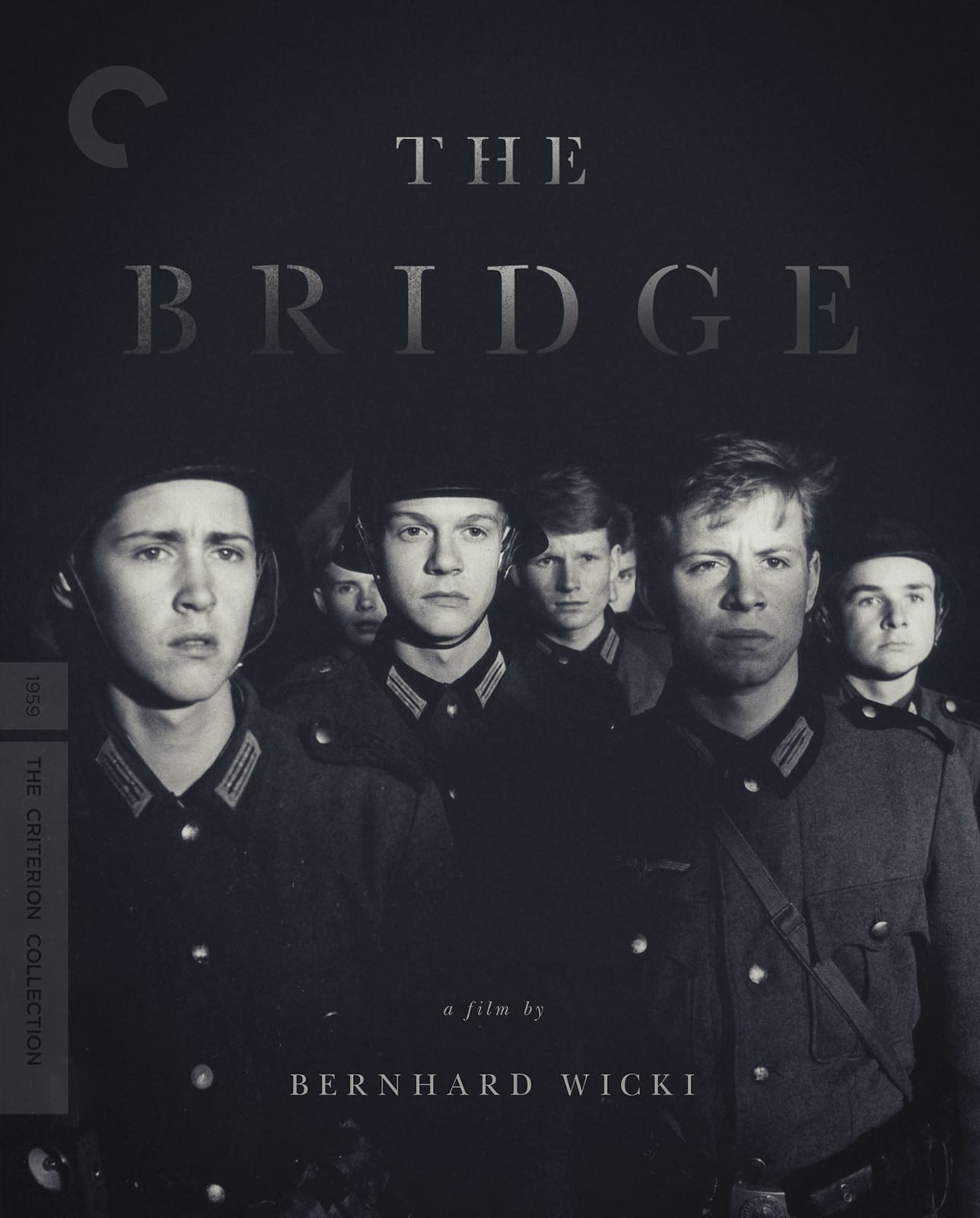 DIE BRUCKE (1959) is close in impact to Stanley Kubrick’s PATHS OF GLORY (1957) regarding the idiocy of War and carnage on the young. The acting performances, yes, are somewhat one level but that adds to the charm. It is interesting as personalities emerge. While this can hinder a film of this nature, here it makes the event itself memorable versus the people. Unfortunately, that says a lot as to how we recall conflict these days, not as faces, but numbers and tactics.  The picture is based on real events from the Second World War that were thought to be unimportant.