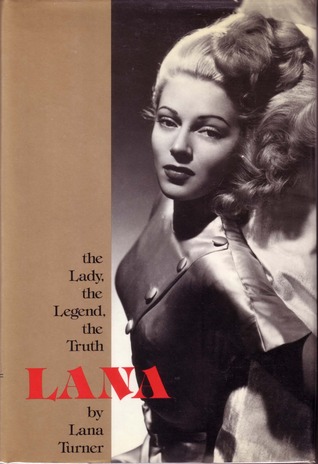 I am sure we all read some of the  biographies of the stars, hoping to get some insight or  dirt.  Loads of these works are out there; from the ‘unauthorised’ label with many books being written by the studio press people or the newspaper columnist of the time.  These people tend to write these owns stories creating versions of themselves or disputing facts well known.   Lana Turner has put together one such volume with her work titled THE LADY, THE LEGEND ,THE TRUTH: LANA by Lana Turner. 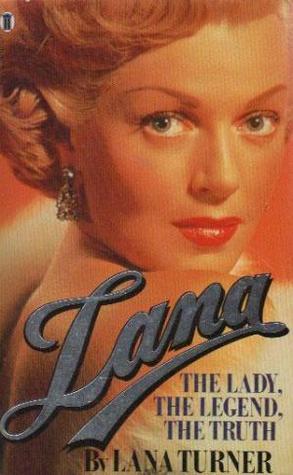 Firstly, the text was a  delightful read with the prose being easy going with a tone of listening to a friend speak.  A skillful job this was as the ghost writer identity is lost in the mists of time. The copyright page of the hardcover edition sheds some light as Hollis  Albert is listed, so that could be the person. Mr. Albert was a veteran film critic and who, along with fellow film critic Arthur Knight, wrote a comprehensive series for Playboy magazine called History of Sex in the Cinema.   Mr. Knight also wrote one of the pivotal books of film history  in the late fifties called THE LIVELIEST ART.

Lana’s book is like a visit from an old friend over drinks or coffee.  She speaks of her life and her romances with such people as Buddy Rich.  Lana loved music, dancing and  to be in the company of musicians.   In that time, the  prevalent musical form was jazz and big band sounds or orchestras and singers like Frank Sinatra. Lana makes little  reference  to booze or  drug  consumption,although it happened a great deal in the jazz scene of the day. 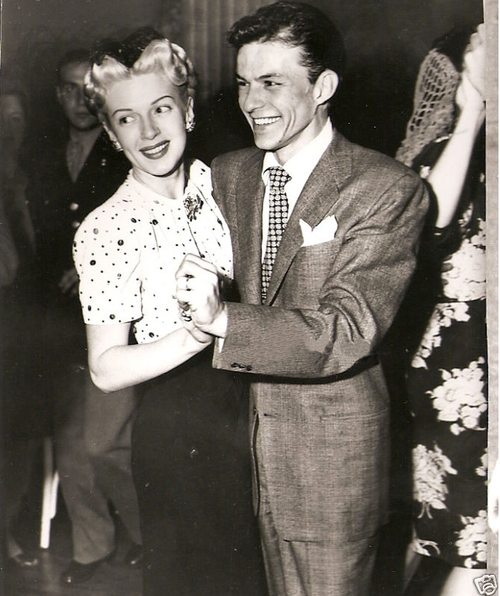 Lana states more that a few times of loving the company of these male players, whom she would invite over to her place after hours to perform.  Read into that what you like, as she says that she would always get up in the morning alone to find the band gone after enjoying a wonderful night of dancing and conversation. 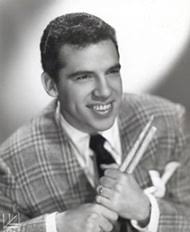 Be that as it may, one can wonder what happened as she  romanced others such as the mercurial Buddy Rich, who was prone to both drunken and  sober rages while being a genius on the drums. Rich was famous for his vicious verbal  tirades and totally berating players in his bands if  they  did not play to his satisfaction.  A night of conversation and  song would have been just the ticket for those two with tea and cakes.  Turner  was  married  briefly to band leader Artie Shaw. 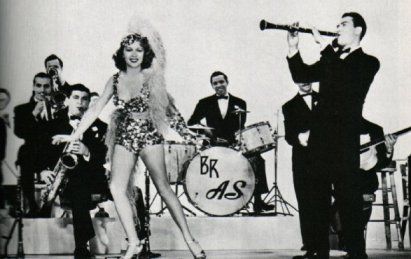 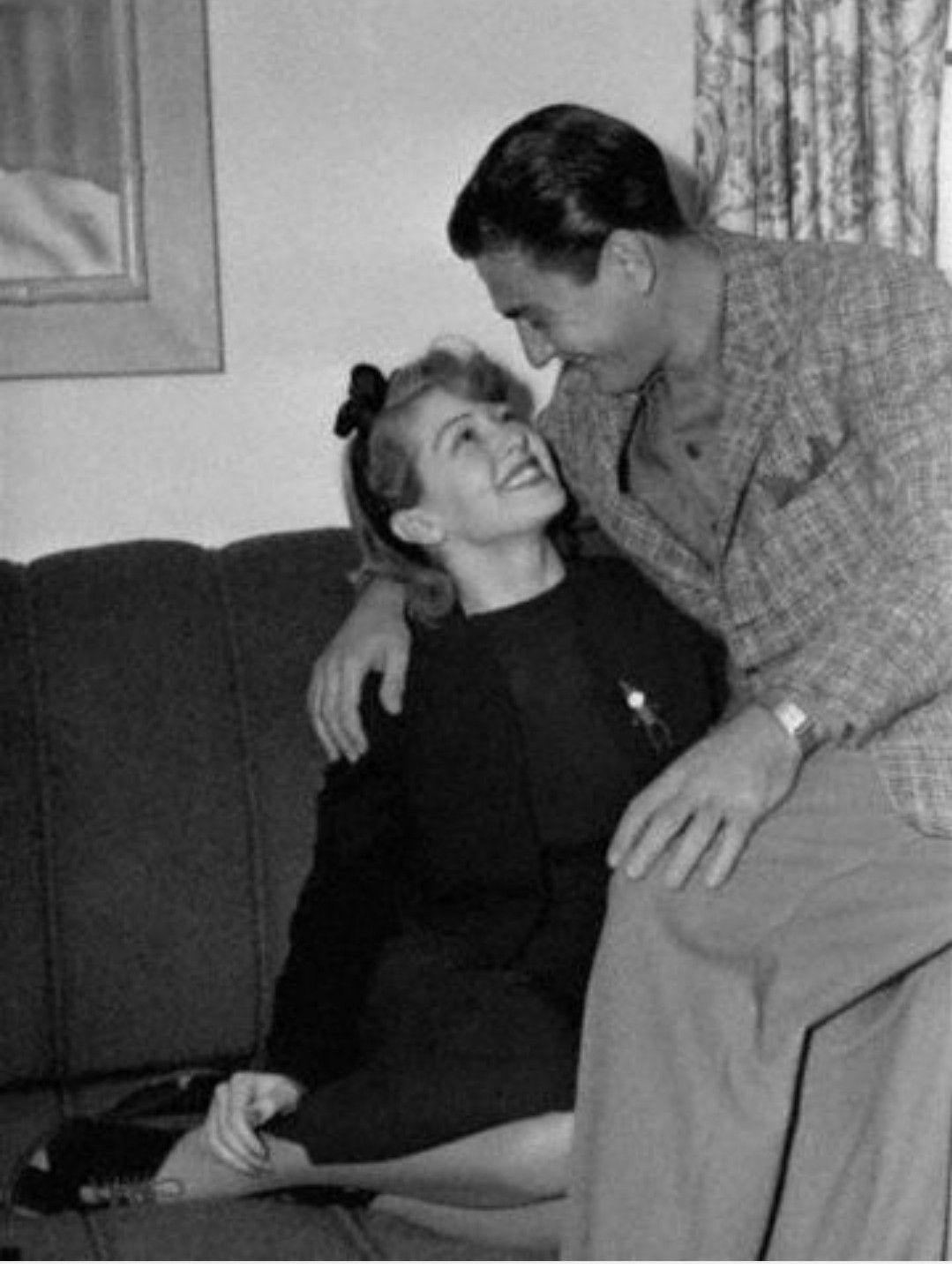 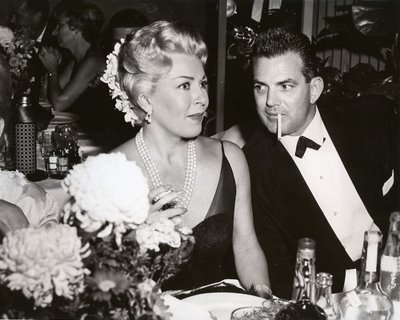 Lana speaks of seeing herself for the first time on screen in the famous (or infamous) early scenes of her walking down the street in the sweater from THEY WON’T FORGET (1947). Lana states that she shrunk down in her seat asking her mother, “Mummy! Do I really look like that?”

The revelation also was that the  ‘sweater girl,’ by her own admission, disliked sex.  She loved the closeness of these people and others, yet this is not a  book that hints  of what her bedroom traffic was like.   She paints herself as a lovely, carefree girl who loves dancing, musicians, nice clothes  and jewellery. 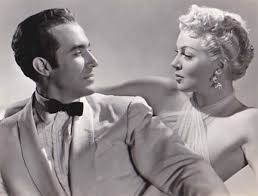 Lana remarks more than once of loving  dancing as she reflects on her work with Ricardo Montalban in LATIN LOVERS (1953) . She takes a positive delight in the feeling of dancing with Montalban in the  film in lengthy sequences that she clearly enjoys on screen. 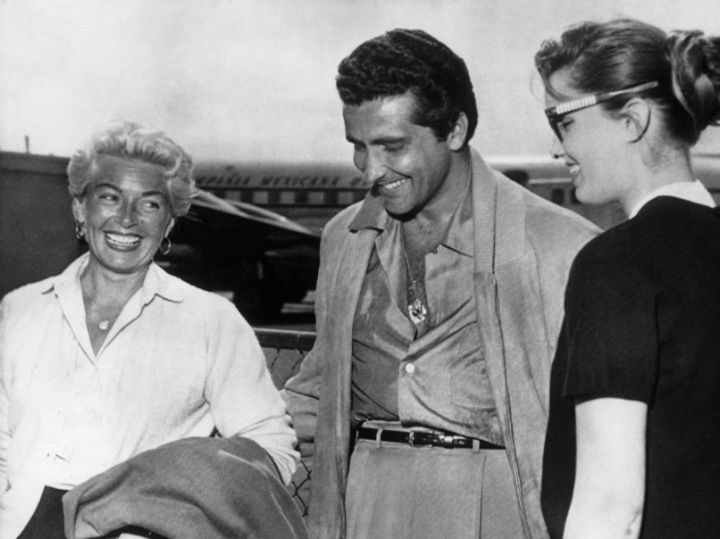 Lana Turner  paints herself in this motif of purity to  mask the chapters on her  affair  with Mickey Cohen, bodyguard and enforcer  to John Stompanato Jr.  She hints at the brutality of the relationship and the  fear all compensated by legendary sex.  This from a person who previously said she not like sex.  She marries many men over a period of time, including the perpetually  randy, skirt chasing  Mickey Rooney in the MGM school house with the young Ave Gardener and Judy Garland.

She does go into some detail of Stompanato’s murder by  her  daughter Cheryl Crane (Father was  actor /restaurateur  Stephen Crane) and the ordeal of the trial.   Marriages seem to follow a pattern of artistic/ powerful men like socialite Bob Topping, whose brother  Dan was one of the principal owners of the New York Yankees, or  handsome,  dangerous people like actor Lex Barker and the aforementioned John Stompanato Jr. 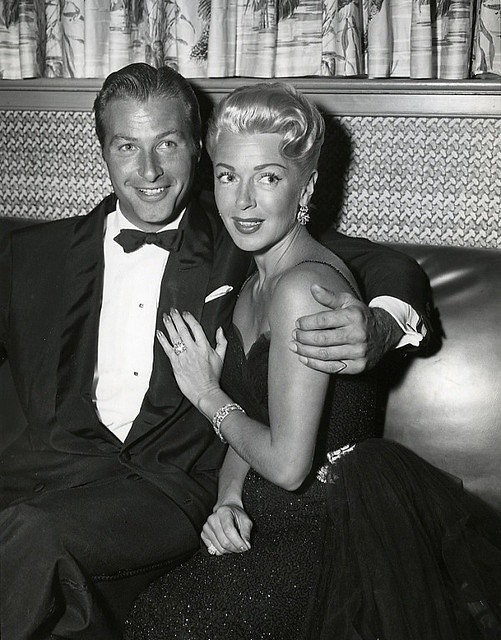 I don’t  judge Lana Turner for  doing this style of book, for it seems to paint her in a light that she prefers to be known for or the studio wanted. 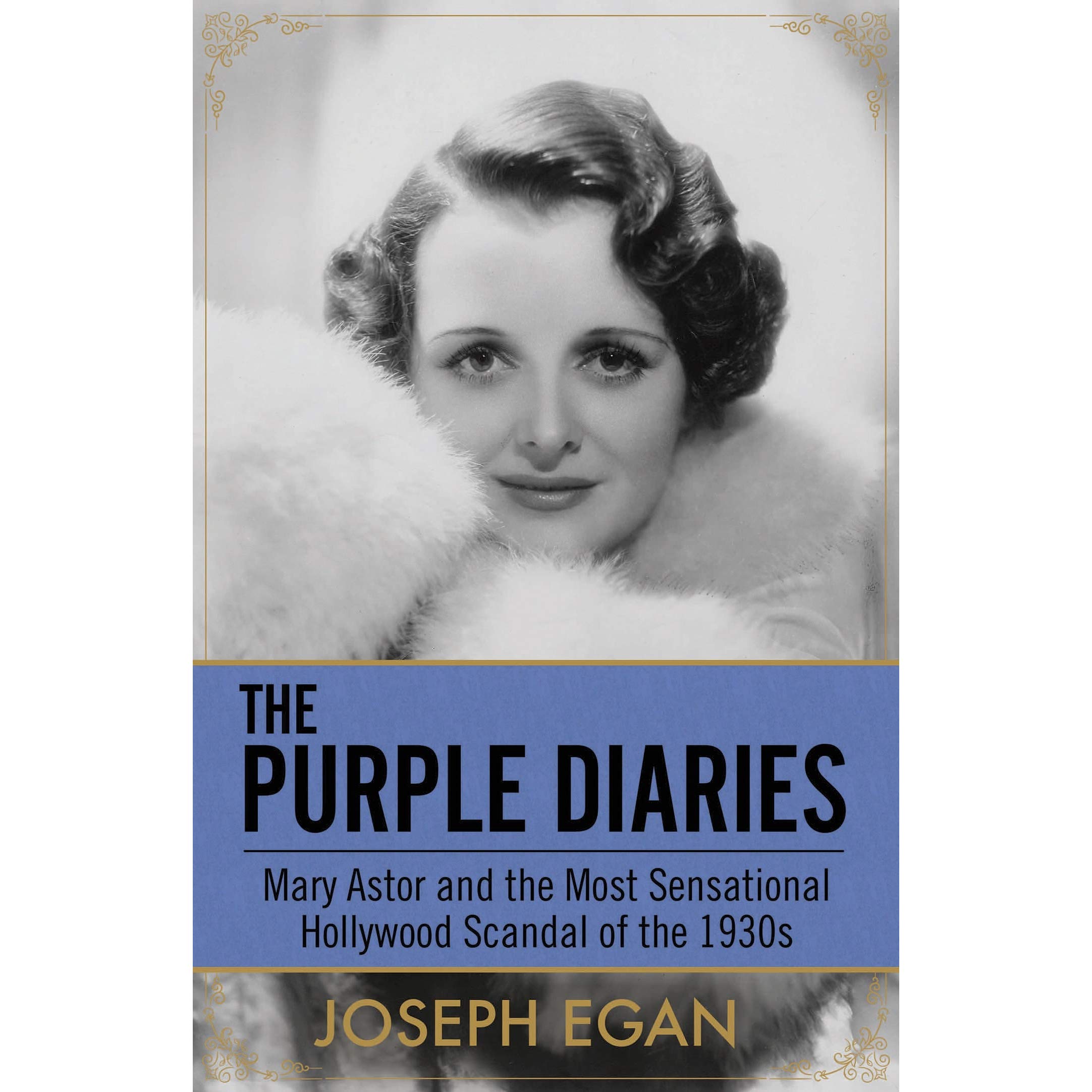 This seems to happen in Hollywood as Mary Astor and her infamous  THE PURPLE DIARIES detailing and naming names of all her various  encounters from an early age gets its existence denied.  The other question is:  does one really need the  ‘dirt’ on Lana Turner to make her story interesting?   I  suggest we don’t as  one can often fill in the blanks by ourselves if we are so inclined to do so. 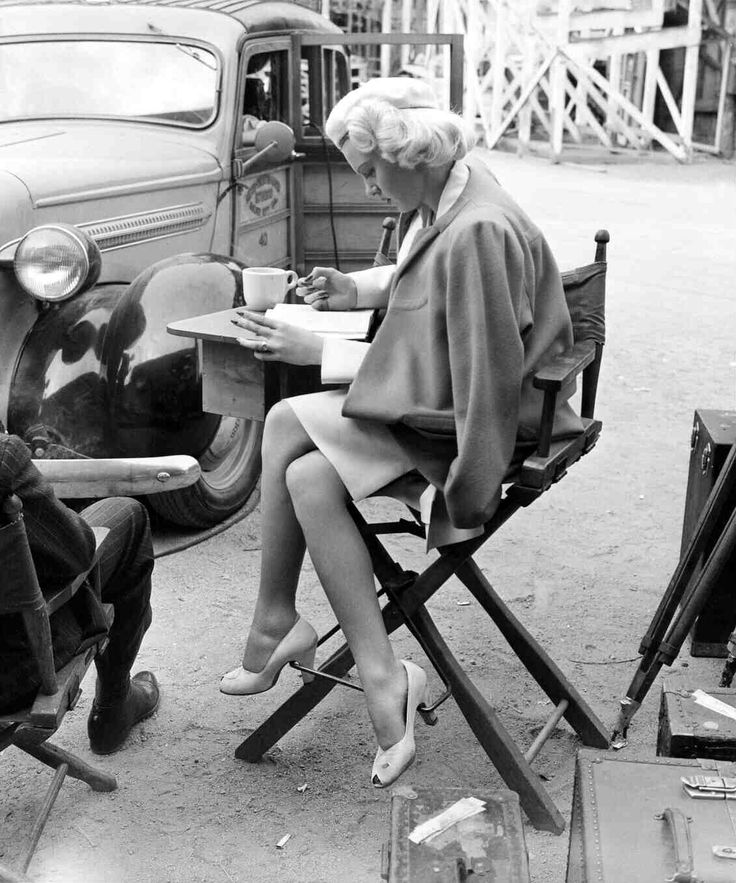 THE LADY, THE LEGEND, THE TRUTH: LANA by LANA TURNER makes for a fun glimpse into a word of Hollywood on the verge of post Harlow blonde bombshell publicity.   This  is a story of the way one woman wanted to see herself and others to see her. Maybe it was the one time Lana was in control of her own image.   The blonde and the sex got in the way of the acting in the films such as THE BAD AND THE BEAUTIFUL (1952),  IMITATION OF LIFE (1959)  THE POSTMAN ALWAYS RINGS TWICE (1946) , WE WHO ARE YOUNG (1940)  and  others.   Lana Turner had the last word after all, resetting her own image. 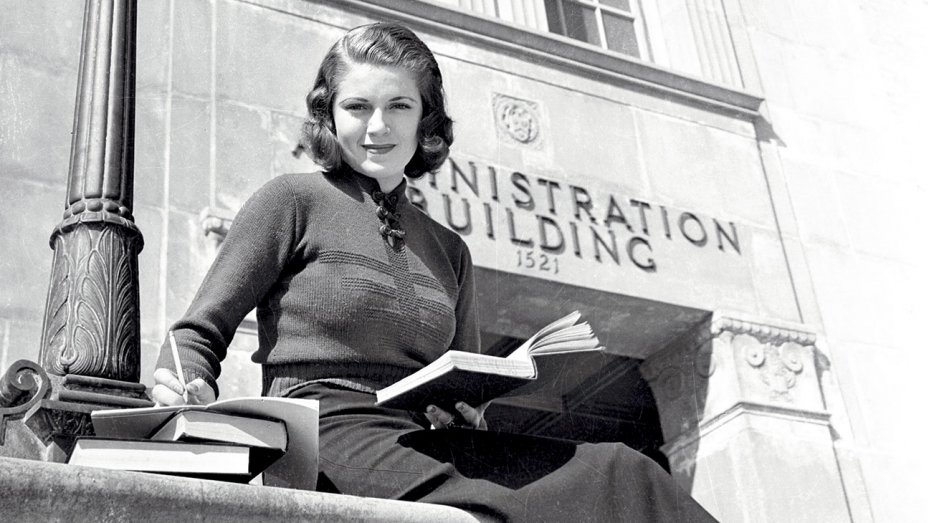 One thought on “THE LADY, THE LEGEND, THE TRUTH: LANA by Lana Turner”